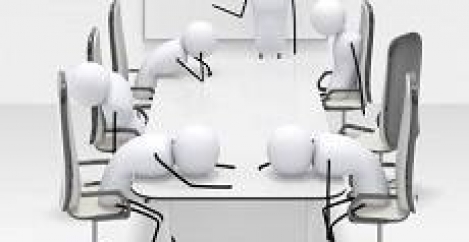 Pointless meetings can result in disengagement and reduced productivity 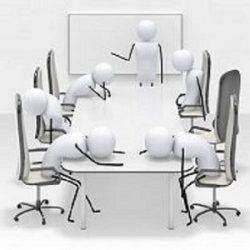 Three in 10 business professionals think most of their meetings are pointless and nearly half (48 percent) of UK business people admit to having dozed off in a meeting claims global research by Barco ClickShare. The study revealed the true extent of our shared dislike for business meetings, which many respondents believe are poorly run at best or, at worst, completely pointless. Nearly a third of respondents globally said they found less than half of their meetings to be useful, while 30 percent also said they had dozed off in a meeting before. The UK, in fact, led the way in the asleep-in-meeting stakes, with nearly half (48 percent) of all UK respondents saying they’d fallen asleep in meetings. Checking emails and social media during meetings was also extremely common and another indication of disengagement and distraction. Over 70 percent of people said they regularly checked emails during meetings, while 37 percent access social media.

The global study surveyed 2,250 senior business professionals from companies in the UK, US, Germany, France and the UAE, exploring their meeting experiences in day-to-day working life. A further scientific experiment was also carried out with a small number of senior business executives, using EEG brain mapping technology to test their psychological responses to common meeting room scenarios.

Tech troubles  Of the factors that impact engagement in meetings, technology was identified as one of the most influential. 67 percent of global respondents are regularly irritated by tech going wrong in meetings, with 4 in 10 feeling that their engagement would be affected by a failure in technology. Conversely, technology being correctly harnessed can improve engagement and productivity: 72 percent of respondents stated that the use of multimedia content in a presentation makes them feel more engaged.

“Presenters must ensure that the technology works and the room is set-up correctly for the audience” advises Dr Peter Collett, behavioural psychologist who led the experiment.” Starting on time and reducing interruptions will greatly increase success but using multimedia and injecting personality will ensure a great experience for all.”

There was a noticeable difference in comparisons between countries. German business people were the least affected by tech issues in meetings, whereas 55 percent of UAE-based respondents reported losing focus in meetings due to tech issues. The UK had a high propensity for tech issues also, with 48 percent reporting disengagement because of tech failure.

Lieven Bertier, Head of Go to Market Strategy and Services Meeting Experience at Barco commented: “Once a meeting is underway, it’s reasonable to assume that engagement levels are governed by the quality of the speaker. However, our research identified that the success of a meeting is determined by a variety of different factors. These factors include having the right technology at the beginning of the meeting to ensure a seamless flow of information, controlling the meeting room environment such as the serving of food, meeting room layout, and disturbances caused by lateness and work device usage.

In fact the study exposed the prominent role that food plays in engagement levels in meetings. Well over half of respondents admitted to attending meetings purely for the free food. While brain mapping showed that mood of attendees is enhanced by the presence of food, almost a third of business people surveyed said they were distracted by food in business meetings.