The culture of presenteeism is not all just fun and games 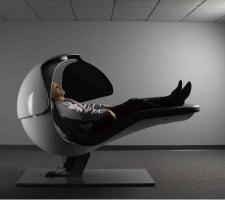 Ten or so years ago an office seating manufacturer commissioned me to prepare a report on the games industry. The idea was to target a market the company had decided was primed to hear their message about ergonomics and the deleterious effects of long hours spent sitting and peering at a screen. Not only would this develop a new market for the business, it would also showcase a new product they had launched specifically to target a younger and hipper audience, even one that was overwhelmingly male. All of the elements of a successful campaign appeared to be there – the right product, a sedentary workforce that often worked around the clock to hit deadlines in an industry that epitomised youthful cool and was willing to spend money to prove it.

Except one thing was missing; the people who worked in the industry weren’t worried about ergonomics and their long term wellbeing and most knew  or suspected they’d be burned out and doing something else pretty soon anyway.

The problem was recognised to a large measure by industry sources including the International Games Developers Association (IGDA)trade association which is ostensibly there in part to protect the rights and wellbeing of workers but appears to be led by managers who believe long hours are perfectly acceptable, as we shall see.

On a general level, the forces at work were and are very well understood, including by the IGDA. Staff are young men (96 percent of programmers are male), under the age of 35, uninterested in or unaware of their own mortality and limitations, with no family, often not even a girlfriend, their identity willingly subsumed into a working environment based  around the things they love yet geared up to seasonal launch dates for software aimed at a fickle public who would kill the game and the business too if it didn’t meet their expectations or did not match up to rival games.

Anecdotally, the personal cost of this environment has been all too clear. In 2004, perhaps the most high profile and certainly most well known example of this came to public attention when the wife of an employee at EA Games produced this blog describing the firm’s perpetual push to get more hours and more work out of the same number of people rather than take on more staff. She describes the particular effects of ‘crunch time’, when employees were expected to put in 80 hour plus weeks to meet production schedules.

The same issue reared its head a few years later to the embarrassment of the IGDA, which by 2009 had developed a Quality of Life Committee, but which had aims that appeared to run at odds with certain members of its board of director. One of these, an industry big beast by the name of Mike Capps laid it all out at an industry forum at which he described the idea of a 40 hour week as absurd and explained how his business would look to only employ people willing to put in over 60 hours a week.

It may have been controversial but that does not mean the issue has gone away. Last year, a survey published in GD magazine found that 84 percent of respondents work ‘crunch time’ of more than 41 hours a week and, of those, nearly a third work 61-80 hours a week.

Nor is this an issue restricted to the games industry. As the BBC reported last week, an ex-Google worker had even given up on living away from the office completely and others, only giving up on his lifestyle when he though potential girlfriends might find it a bit weird. He was not alone in this albeit at the extreme end of the spectrum but the practice of literally moving into work for periods of time was so common that a colleague had created an internal wiki to offer advice called ‘Living at Google’. The company itself fostered this practice by providing all of the facilities that used to be restricted to homes, including round the clock food, shower facilities and sleep pods (above).

Our thinking about the issue of presenteeism in all its forms these days is inevitably refracted through our distorted fixation with Gen Y and it would seem that, although most reports claim that Millennial workers favour employers who offer them flexible working, attitudes towards those who don’t make their presence known in a physical workplace can be very old school indeed.

As we report today, one of the UK’s largest employment law firms Doyle Clayton has published a research document called Age Before Beauty which claims that ‘Generation Y employees have the most negative attitudes towards older employees and part-time and flexible workers’.  Nearly a third (31 percent) of Gen Y staff view those who work from home twice a week or more as being less dedicated than those who turn up to the office every day compared to a fifth (21 percent) across all people groups.  The study discovered the most tolerant and understanding demographic was those aged between 35 and 44.

Doyle Clayton partner Tina Wisener thinks this perhaps surprising result might be down to the mindset of this generation. “Gen Y employees are used to different ways of working and expect the most flexibility themselves. But I think this can be put down to them being what I sometimes call the ‘have-it-all’ generation. They want all the advantages for themselves, but don’t necessarily want others to be afforded the same privilege if it affects them negatively.”

Whether that’s true or not, presenteeism in all its forms exerts a powerful gravitational pull that draws people back to the physical workplace and shows no sign of abating.