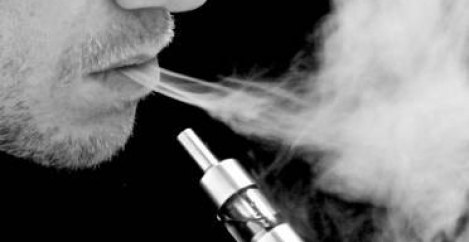 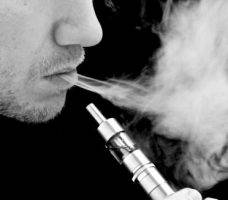 For those who recall the endless arguments about the rights of smokers and non-smokers that took place both before and after the ban on smoking in public places, the news that Public Health England has advised employers to set up vaping rooms for e-cigarette users will have a familiar feel. The governmental body claims that employers should make it comparatively easier for people to vape in an effort to persuade more smokers  to kick their tobacco habit in favour of vaping, which it claims is 95 percent safer. While it acknowledges that smokers are commonly obliged to huddle outside buildings to indulge their habit,  the advice suggests that being forced to vape outdoors as well only serves to “undermine their ability to quit smoking”. The advice suggests that of the 2.8 million people who now vape in the UK, the overwhelming majority are former smokers. However, although their habit is less harmful than tobacco smoking, employers treat both groups in the same way.

The advice also recommends that users be allowed more breaks than smokers because e-cigarettes deliver a smaller dose of nicotine than smoking. “Vaping provides a generally lower blood nicotine level and takes longer to reach a desired level, requiring frequent interim top-ups,” it said. “This difference should be taken into account, particularly when developing policies for workplaces.”

PHE national director of health and wellbeing, professor Kevin Fenton said: “The evidence is clear that vaping is much less harmful than smoking and that e-cigarettes are helping many smokers to quit. This new framework will encourage organisations to consider both the benefits and the risks when developing their own policies on e-cigarettes. Different approaches will be appropriate in different places, but policies should take account of the evidence and clearly distinguish vaping from smoking.”

The guidance advises: “Vapers should not be required to use the same space as smokers, as this could undermine their ability to quit smoking and stay smokefree, particularly among those most heavily addicted. To maximise the number of smokers switching to e-cigarettes, vaping should be made a more convenient, as well as safer, option.”

Unsurprisingly, the Electronic Cigarette Industry Trade Association (ECITA) has welcomed the news. Chief Scientific Officer Tom Pruen said: “The guidance from Public Health England is pragmatic and sensible, and if adopted by employers will help them to better provide for the health and well-being of their staff. Allowing the use of e-cigs will benefit not just the physical health of their employees, but also boost morale and job satisfaction as well as encouraging more existing smokers to switch to the safer alternative of vaping. The guidance from PHE is another recognition of the potential for e-cigs to offer huge improvements to public health.”

However, Public Health England has also been criticised for their approach to vaping by medical journal The Lancet. In feature entitled E-Cigarettes: Public Health England’s evidence-based confusion, The Lancet called the evidence which formed the basis of PHE’s ‘95 per cent safer’ claim “methodologically weak” and highlighted declared conflicts of interest surrounding the funding of the study. The criticism centred around a paper published in European Addiction Research, by Professor David Nutt, which The Lancet says was based on the opinions of a ‘small group of individuals with no prespecified expertise’.