Record number of managers in the UK, but who or what are they all managing? 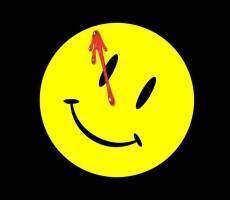 The number of managers in the UK has reached record levels according to a new report. But who or what they are all managing is slightly less clear as structural changes in the UK economy mean there are fewer people in full time and skilled work, especially in the public sector, as well as a growing number of the self-employed. An analysis of ONS statistics by the Jobs Economist reveals the number of people defined as managers in the UK is now 3.1 million, up 7.8% in just two years and now more than 10% of the entire workforce. By contrast the number of skilled trades people has fallen by 2.2%, the number of people working full time has fallen to 21.4 million, public sector employment has fallen by 437,000 in three years while the number of self-employed has grown by 367,000 since the 2008 downturn.

An earlier Jobs Economist analysis of the HR profession revealed the growing proportion of chiefs over Indians in that one sector. It found that according to UK Labour Force Survey, some  414,000 people are employed as HR managers and directors (138,000), HR officers (130,000) or vocational and industrial trainers or instructors (146,000). This marks an increase of 12,000 people over the last two years. However the increase is almost solely down to increases in the numbers of managers, with the numbers of HR managers and Directors increasing by 24,000 while the numbers of HR officers increased by just 1,000 over the same period and training professionals falling by 7,000.