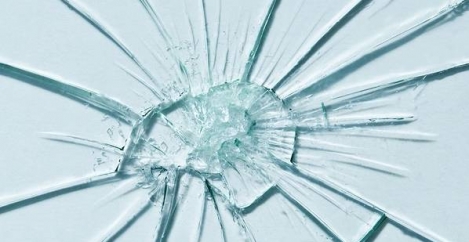 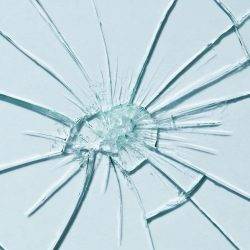 Given the latest U turn regarding Brexit, with beleaguered British Prime Minister Theresa May announcing the cancellation of a commons vote on the agreement, a new report into the so called “glass cliff” appointment of women is pretty timely.  The term “glass cliff” was coined by researchers Ryan and Haslam in the early 2000s to describe a phenomenon in which women are more likely than men to be promoted to precarious management positions with a higher risk of failure. Aside from May, exemplar cases often used to support the theory include Marissa Mayer, former CEO of Yahoo and Andrea Nahles, Social Democrat party leader in the German Bundestag. Now a new study published in The Leadership Quarterly, “The glass cliff myth? Evidence from Germany and the UK,” explores whether the gender of new leaders ties in to corporate performance trends prior to appointments suggests that while the glass cliff doesn’t figure in most cases, the glass ceiling is still to be shattered.

“Our study demonstrates that promotion patterns of female top managers in both Germany and the UK do not support the idea of a ‘glass cliff’, which we think is a positive finding. That said, we found that the ‘glass ceiling’ – the metaphor for the barrier that prevents women from advancing – does indeed persist. Women lead only a small number of the companies we studied,” said authors Myriam Bechtoldt, PhD, of EBS University of Business and Law, Oestrich-Winkel, Germany, Christina Bannier, PhD, and Björn Rock, MSc of Justus Liebig University Gießen, Germany.

Building on previous research on this phenomenon, which focused primarily on board members in US and UK firms, the investigators looked at companies in Germany and the UK. Using data from 128 of the largest listed companies in Germany over a ten-year period (2005-2015), they used various analytical methods aimed at identifying not just correlations, but also causal relationships to determine whether companies are more likely to appoint women to the board when earnings fall. In a second step, they repeated the analysis with data from the 105 largest UK-listed companies from the same period.

The authors examined both accounting-based and stock market performance measures before key leadership appointments. Although stock returns are a more comprehensive and immediate metric for the analysis, they found that neither of the two types of performance measures prior to the appointment of women showed a weaker trend as compared to male board members. On average, German companies tended to perform better in the period before women were appointed to executive positions. One anomaly they found was that the German financial market reacted positively when companies that experienced a longer period of declining earnings appointed a woman to the board, perhaps implying that investors regarded such appointments as positive signals. In the UK, however, this effect was not replicated.

Whereas the study draws the positive conclusion that women do not run the risk of being promoted to precarious management positions significantly more frequently than men, at the same time, the small number of women who are promoted to the board of directors of listed companies at all is striking: Of over 500 board members appointed in Germany between 2005 and 2015, less than 8 percent were women. Moreover, no woman was appointed CEO in the companies surveyed. In general, the issue of lacking diversity in organizations did not attract much public attention in Germany prior to a nationwide corporate initiative, theCharta der Vielfalt, was launched in 2006 to promote diversity in companies and institutions. The picture in the UK is not much better: Only just over 10 percent of the newly appointed board members were women; three of them became CEOs.

The study’s rigorous focus on causal effects distinguishes it from previous studies. Future analyses of other characteristics such as age, religion, or cultural aspects, would help to gain further insights into the role of socio-demographic factors in leadership appointments. Additionally, comparing performance trends after (in addition to before) the events would also add to public understanding.

The article“The glass cliff myth? – Evidence from Germany and the UK,” by Myriam N. Bechtoldt, Christina E. Bannier, and Björn Rock appears in The Leadership Quarterly published by Elsevier and is openly available.

Promotion: Humanscale opens new Manchester showroom Generations differ on what makes them happy at work but agree on flexibility