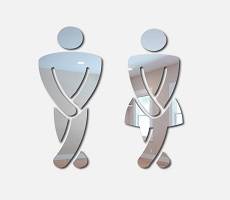 Washrooms, as facilities managers are only too aware can often be the cause of some contention within the workplace, particularly amongst female staff, who frequently complain of having to queue to use the facilities. However, that inconvenience pales into insignificance compared to the plight of many council workers and call centre staff, who, according to trade union Unison are either not able to access public conveniences or are restricted as to when they can take toilet breaks. The unions says cuts to council funding, which has led to the widespread closure of public facilities are adversely affecting those workers who spend their working day out on the road, while in a previous Unison study of call centre workers, around 28 per cent reported that access to a toilet was a problem.

Access to washroom facilities are enshrined in law, most usually covered under the Workplace (Health, Safety and Welfare) Regulations 1992 (the ‘Regulations’), which also specify the provision of washroom equipment to include basic minimum standards. But for those with no fixed base – who work mainly out on the road, Government cuts which have led many local authorities to reduce the number of public toilets, is causing real problems.

Heather Wakefield, Unison Head of Local Government, said: “There are significant differences between the number of toilets in each local authority. Government cuts to council budgets have led to many closing facilities leaving many areas without public toilets. For mobile workers, finding a toilet while on the move is a daily problem.

“The idea that you can just go into a shop or restaurant and ask to use the toilets is just not on.  Some are helpful – particularly to those in uniform – but many times people are met with a sign saying ‘customers only’.  It is embarrassing.”

Unison has also previously reported difficulties for members being allowed to visit the toilet as necessary – particularly in call centres. This was also the findings of a survey carried out by the Labour Research Department in 2010 which found restrictive practices and surveillance in many call centres which meant that workers could be penalised for taking time off to go to the loo.

One call centre gave workers in teams a wooden spoon. To go to the toilet, a worker had to take the spoon. If someone else already had the spoon in their team, no one else was allowed to go.

Now Unison is calling for free, convenient, and safe access to toilets for both those inside a workplace and for those who are mobile.

It states: “For the sake of health, safety and welfare, as well as dignity, free and safe access to toilets as needed must be addressed, both for those in a workplace and those who are mobile.

“Having a sufficient number of toilets is of little use if workers are prevented or limited in using them, and the focus on fixed premises does not recognise the fact that many more workers are now mobile and work away from their employer’s base.”

CBI raises growth forecasts, but cautious on sustainable recovery Leave it out. UK workers are skipping their break from the office