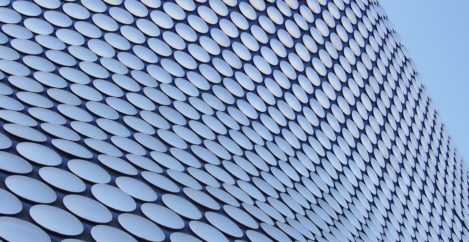 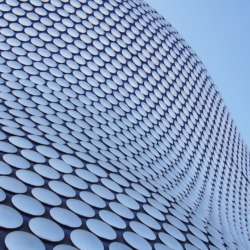 Singapore, Helsinki and Zurich have come top in the 2020 Smart City Index, a study carried out by the Institute for Management Development (IMD). In a year that saw many European cities fall in the rankings, London, managed to jump five places compared to 2019, though it still stayed well outside of the global top 10 at 15, followed closely by the UKs second cities.

The Smart City Index provides a fresh perspective to the already abundant number of existing smart cities analyses and indices by shifting the focus from an assessment of the quality and quantity of the technologies being implemented in urban centres, to looking at the real impact of how this technology is affecting people’s lives.

This is the second edition of the ranking which has been developed by the Institute for Management Development (IMD) and the Singapore University for Technology and Design (SUTD). More than 13,000 citizens from 109 cities were surveyed in the midst of the Covid-19 pandemic (April and May 2020) and asked questions on the technological provisions of their city across five key areas: health and safety, mobility, activities, opportunities and governance.

“It is important to develop cities beyond capitals as a strong signal of the country’s development,”

London jumped five places from 20 to 15. The most pressing issues for Londoners were affordable housing, air pollution and health services. London fared very poorly in the first two categories: 75.4 percent of people surveyed found that affordable housing (with rent equal or less to 30 percent of a monthly salary) was a problem whilst only 28.2 percent of those surveyed did not perceive air pollution as a problem. The city ranked well in other categories such as access to green spaces (71.6 percent of citizen approval) and cultural activities (a healthy 80.4 percent support).

However, the authors do offer a note of caution regarding Brexit: “The issue of Brexit is likely to become a matter of concern to citizens in the coming years. While the EU is steadily moving towards sustainability, the UK may fall behind in some of the issues that matter most to Brits – including crucial matters like air quality.”

The growing importance of second cities

The authors highlighted that some countries, like the UK, have shown an ability to develop smart cities beyond their capitals, a trend which is set to possibly safeguard them from future crises. According to the authors, Manchester (#17), Newcastle (#23) or Birmingham (#40 – which improved 12 positions this year) are excellent examples of this. “This ability will increasingly become a cornerstone of any country’s economic health,” they explain.

Birmingham had one of the biggest jumps of the entire ranking, climbing 12 positions from last year. The authors highlight the city’s recent smart city program launched in the first quarter of 2020 as one of the main reasons of Birmingham’s progress becoming also one of the best cities for mobility in the UK.

“Though we can’t affirm that smart cities are the solution, we have seen that technology does help,”

Manchester, which was included in the study for the first time ranked just behind London (17). Newcastle, also a new entrant (23), achieved good marks for its provision of medical services, cultural activities, and access to good schools for most children. However, the city ranked poorly in traffic congestion and other traffic-related matters such as the effectiveness of car sharing apps.

“It is important to develop cities beyond capitals as a strong signal of the country’s development,” says Professor Arturo Bris, who led the ranking and is the Director of the World Competitiveness Center at IMD. Prof. Bris believes that policy makers should take note of this by promoting the competitiveness of second cities.

“Countries are no longer economic units and it is mayors and local authorities who increasingly have the power to improve the wellbeing of citizens by implementing technology,” he says.

The study provides interesting insights that connect technological advances with the ability of cities to have the capacity to deal with crises, like Covid-19. Different cities use technology to tackle different problems and priorities, for example improving traffic in Paris or improving WiFi connectivity in Ramallah. According to Prof. Bris, the responses gathered clearly showed that those cities with better technology were able to manage the pandemic much better. “Though we can’t affirm that smart cities are the solution, we have seen that technology does help,” explains Prof. Bris.

Get used to the idea of work as an experience rather than a place Working from home may be more productive, but at the cost of wellbeing