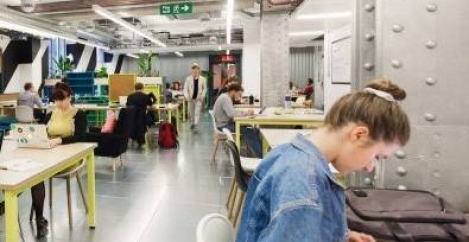 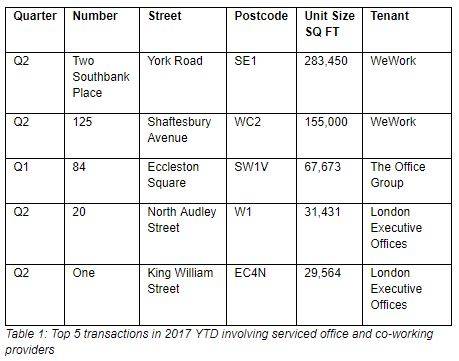 Amy Emery, Head of Serviced Office Advisory, Cushman & Wakefield, said:“This most recent quarter was a defining one for the serviced office and co-working sector with barely a day going by without another significant announcement. The market is becoming increasingly competitive and large-scale operators WeWork, The Office Group and London Executive Offices all increased their footprint across central London. WeWork are currently offer to buy or lease a further 350,000 sq ft so the trend we are seeing will continue. More traditional owners have also made serious moves into the sector in the last quarter with British Land launching its Storey concept and Blackstone buying a majority stake in The Office Group. Each development is further evidence of the fundamental changes occurring in the occupational market driven by a desire from companies of all sizes for greater flexibility.”

In total, 4.8 million sq ft was let in Central London during the first half of the year – up 10 percent on the same period in 2016.

Elaine Rossall, Head of Central London Research, Cushman & Wakefield, said: “Serviced office and coworking providers aren’t the only reason for the positive occupational picture in London but the two biggest transactions in the second quarter of this year have both involved WeWork as tenant. At a time when some sectors are wrestling with the impact of technology, Brexit or both, the rapid expansion of serviced office and coworking space has meant that this hasn’t translated into any slack in the market. It also means that the variety of office workspaces on offer to occupiers in London is arguably better than ever before.”