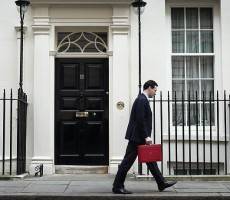 Devolution of business rates and other powers

The Chancellor has been a vocal champion of regional devolution and the need for greater balance between London’s dominant economy and the rest of the country, especially the North of England. Central to this is allowing regional authorities greater decision making and fiscal powers. Earlier this week the government announced a nationwide review of the business rates system and yesterday the Budget included plans to allow Manchester, Cheshire East, Peterborough and Cambridgeshire to retain all of the growth in their business rates to invest as they see fit in local policy making and economic development.  West Yorkshire will also be granted new devolved powers when an agreement on the creation of a Combined Authority can be reached.

Although this is somewhat piecemeal, the Chancellor claims that the UK cannot achieve its potential as a major global economy while so much of its focus remains on London and South East England. Although there was the usual talk about the creation of a ‘Northern Powerhouse’ the major announcements relate largely to Manchester and Birmingham. The Chancellor says he has an ‘open door’ for other civic leaders but more progress and initiative is clearly needed to realise the goal of a nationwide economic revival.

The Budget also included an announcement of the expansion of existing enterprise zones in Humberside, Manchester, Merseyside, Teesside and a new enterprise zone in Blackpool.

Also related to the creation of the ‘Northern Powerhouse’ and signalled well in advance are the plans for ‘HS3’, which is not really a high speed rail network per se but rather a long overdue serious upgrade to improve rail connectivity across the North of England. Again, there seems to be a bit too much focus on Manchester with the main section of the line due to cover the short hop between that city and Leeds but there seems to be a great deal of enthusiasm for the idea as part of a major investment in the region’s infrastructure. What emerged in the Budget was the ‘TransNorth Vision’, the Government presumably having learned its lesson that dubbing such a scheme ‘HS’ is a poisoned chalice.

Unfortunately, any plans for such investment appear to still be on a beer mat and the level of investment associated with them – £15 billion – is roughly equivalent to that being spent on just one London project, Crossrail.

The Chancellor also announced an investment of £138m in the grandly monikered UK Collaboratorium for Research in Infrastructure and Cities (UKCRIC). UKCRIC will be based in London, Birmingham, Southampton, Sheffield and Newcastle and will research the economic and environmental aspects of infrastructure development.

Investment in technology and digital economy

The Budget also set out plans to invest in digital infrastructure, especially emerging technologies related to the Internet of Things (IoT) and smart cities. The announcements included a £140 million investment in research and development into ‘cities of the future’ and another £600 million invested in broadband enhancements (including satellites) and IoT technology.

Meeting its own broadband rollout targets has been something of a problem for the government and so there are plans to try to crack this particular nut once and for all so that all areas of the UK, including remote and rural communities can enjoy reliable broadband speeds of at least 100mbps.

Another modish technological idea addressed by the Chancellor in the Budget was the sharing economy. He claims the government will now be adopting this as a key policy area and encouraging public sector bodies to take advantage of the sharing economy with regard to their own operations. The government is throwing its weight behind the idea with the creation of a new industry body, Sharing Economy UK (SEUK) and two specialist hubs in Manchester and Leeds to promote the idea pioneered by the likes of Airbnb.  Again, the announcement was made with regard to the need to spread development across the country with the Chancellor suggesting the sharing economy is well established and important in London but underdeveloped in the rest of the UK. The Budget included an announcement that  in Leeds and Greater Manchester will be taking part in a ‘Sharing City’ scheme to pilot ideas about shared office space, skills and transport.

Yet another ‘insurgent technology’ to be given a punt by the Budget is driverless technology. Earlier this week a speaker from Google announced in a TED Talk that he expected driverless cars to be commonplace on the roads within five years. As it is with other technologies, the government is determined to remain at the forefront of developments with a an investment of £100m into driverless vehicles. The vehicles will be piloted on roads in Milton Keynes, Bristol, Coventry and Greenwich.

The past five years have seen a number of changes in the way the public sector has used property and gone about buying goods and services, as we have regularly reported. The Budget continued announcements on these twin themes, especially in areas that are already being addressed. These include an assessment of procurement and property in the National Health Service’s enormous estate. There is also to be a new central body (the latest of many) which will own and manage the government estate and report to the Treasury and the Government Property Unit.