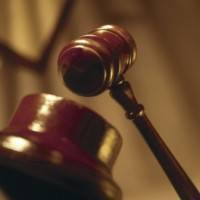 At the end of July, the UK Government introduced new legislation that allowed any employee with more than six months in a job to apply to their employer for some form of flexible working arrangements. Now, research from Sage claims that a third of small businesses are ignoring the legislation, a fact which might be interpreted as suggesting that the UK’s SMEs are not so keen on the idea. What other data suggests, however, is that they’re probably more likely to offer flexible working than larger firms. This can only mean that it’s the legislation that’s the problem, not the practice. Leaving aside the ten percent of SMEs who the Sage report claimed were unaware of the new rules, this still leaves a large number of smaller businesses open to litigation and industrial tribunals. But, as the Federation of Small Businesses warned ahead of the new law’s introduction, the right to request was always likely to lead to headaches for business owners anyway.

“While the new procedure is designed to be light-touch, inevitably it will entail additional administration that the smallest of businesses will have to learn and may struggle to apply,” said FSB chairman, John Allan in an interview in June. “Where requests are declined, our experience shows ‘the right to request’ can introduce an unwelcome negative dynamic into the workplace.”
As well as the potential for resentments and management issues to arise at work, the problem here seems to be that the Government has introduced a stick for a large number of firms who were already actively pursuing carrots. Last year, a survey from Lloyds Commercial Banking found not only that two-thirds of small businesses already operate some form of flexible working practices but they are also fully aware of the benefits. The report cites these as improved morale, better customer service and higher productivity and staff retention.

So, we have to disagree to a large extent with Rob Davis, Head of Technology of Sage UK’s Small and Medium Business Division, when he says: “This should be viewed as an opportunity, not a hurdle to overcome, as flexible working can produce immense benefits for a small business. A boost to staff morale, increased productivity and improved efficiency can all go a long way in unlocking business growth. Small businesses need to make sure they’re set up to provide flexible working should their employees request it. Being not so flexible is no longer an option, this a legislative directive and it cannot be ignored.”

We can’t help but think Sage and a lot of other commentators are missing the point somewhat. The issue for a lot of small business owners is evidently not a lack of will to offer flexible working. They’re close enough to their business and employees to understand its benefits, which is why so many already offer it. What they’re clearly less keen on is being asked to adhere to legislation that aims to get them to do things many are doing anyway, but leaves them open to more administration and a greater threat of workplace disharmony and litigation.

Five sectors, one challenge: The importance of high staff morale Sustainable buildings are not more costly to construct, finds report