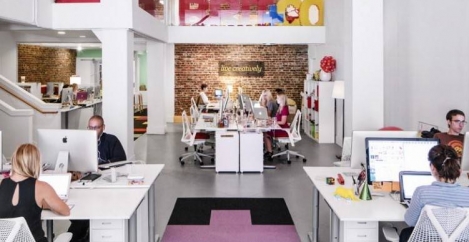 Some thoughts on the addictive power of workplace design 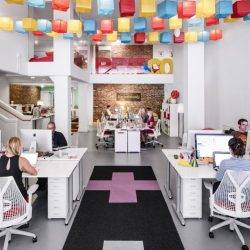 The search for some concoction or contraption to improve our performance at work is nothing new. Lawyers, bankers and other professionals have famously used performance-enhancing drugs to gain a competitive advantage. But the design of a workspace can actually have similar effects on those who create it, consume it or pursue it. And, just like a drug, workplace design can have good and bad effects. Instead of chemicals, design manipulates space to change behaviour. An increase in the length of a lunch table, for example, can encourage people who did not know one another to interact more.

Several studies have looked into the association between office design and performance. These aim to understand attributes of the physical environment that can improve cognitive performance in a similar way to how scientists study substances in a quest for a smart pill.

Just as “smart drugs” have side effects – notably dependence, insomnia, nervousness and anorexia – so too does design, albeit different ones.

One study of activity-based working, which provides people with a choice of settings for various workplace activities, found that, while it may improve interaction and communication within a team, this comes at the potential cost of concentration and privacy.

There is, however, a very specific and equally important aspect that designing a drug and designing a workplace have in common – the expectancy hypothesis.

A person’s existing beliefs prompt a response that is in line with their expectations. Inert blue pills are more likely than pink pills to produce a sedative response in patients. This is solely due to the expectations raised by the colour of the capsule.

There is a great deal of pharmacology research showing how strong this response is.

Placebo drugs, for instance, are defined as chemically inactive. But in practice they are far from inert – pills come with a whole bunch of meaning that has an effect.

The opposite of the placebo effect is the nocebo effect – expectation of a negative outcome may lead to the worsening of a symptom. A doctor simply describing what might happen to a patient may actually create outcomes that are different from what would have happenedwithout this information.

Branded placebos have been found to be more effective at alleviating headaches than unbranded ones.

This invites the question: can the brand of a designer impact the performance of a workplace beyond the attributes of the design? We don’t yet know the clinical answer to this question.

The placebo effect has been shown to add 5 to 10 points on a standard IQ test. But can people’s creativity be similar manipulated? We don’t yet know, but this is the subject of my ongoing research into the expectancy hypothesis and workplace design.

We are asking groups to complete a standard creativity test. While the groups will do the test in the same room, one group will be primed with a sign saying the “innovation lab”. Others will be negatively primed with a sign such as “storeroom”. The placebo will just be in a meeting room.

This is an area we are just starting to explore, as we collect a bunch of new behavioral data in the workplace – people’s social interactions (e.g. speaking rates in conversation and size of social groups), daily activities (e.g. physical activity and sleep), sense of pride and community, and mobility patterns (e.g. frequency and duration of time spent at various locations), to name a few.

These, however, don’t account for the nocebo or placebo effect. As we develop new ways of collecting data, we should improve the way we analyse it.

What is more, studies of the way illnesses are managed have found that as the rituals imbued in the treatment of ailments are stripped back, so too is the meaning for the patient. This, in turn, diminishes the process and decreases the treatment’s ability to heal.

This notion can be extrapolated to organisations. The way we design the workspace follows how the organisation itself is designed. Measuring the placebo and nocebo effect in design has the potential to further our understanding of the properties of space. And in doing so, we should be able to prescribe better treatments for organisations to work smarter.

This piece originally appeared in The Conversation. Images: Herman Miller

Dr. Agustin Chevez experience combines industry practice with academic research in the field of workplace design. Agustin has dedicated his career to understand the notion of work and the environments that support it. His interest in the relationship between people, space and technology saw him pursue a PhD on the evolution of workplace architecture as a consequence of technology development at RMIT University. As an Architect, Agustin has participated in the development of workplace strategies in Australia, New Zealand and Singapore. His research has also been presented at various international conferences and publications. Agustin is a Senior Researcher at international design firm HASSELL and Adjunct Research Fellow at the Centre For Design Innovation, Swinburne University.