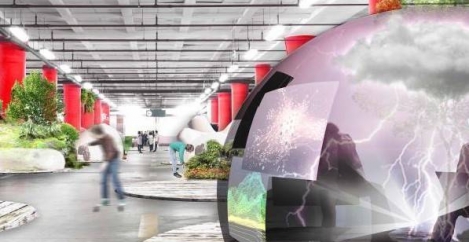 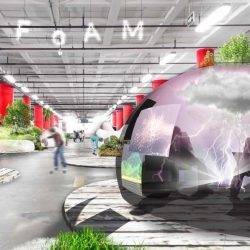 According to the winning entries of the Tomorrow’s Workplace design competition from Staples Business Advantage and Metropolis magazine, in 2021 the workplace may include inflatable pods set up in urban parks, or young professionals working alongside active retirees in a setting that resembles a small town more than an office building. The contest was hosted by Staples Business Advantage, the business-to-business division of Staples, and architecture magazine Metropolis. “The massive corporate office tower, usually a glass box with central air pumped in, is turning into the dinosaur from the 20th century,” said Susan S. Szenasy, publisher and editor in chief, Metropolis. “Workplaces will become more multi-generational and multi-functional, fostering communities in the process. With the many changes in how and where we work, one thing is sure—today’s office is not your father’s or mother’s office.” 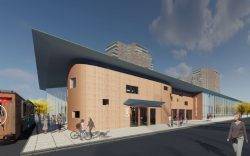 “We are pleased to have our submission contribute to a wider discussion on how design may react to and influence the work environment of tomorrow,” said Matthias Neumann from the winning team of Ethelind Coblin Architect. “Our proposed co-generational workspace hinges on the belief that a multi-generational environment can facilitate a social experience that is conducive to realizing the increasing desire for work-life balance.” 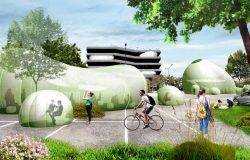 The runner-up, Jie Zhang, is an architect and co-founder of OPT. She was awarded $2,500 for her FoAM design (top and right), which ‘celebrates the rapidly growing freelance economy’. FoAM is a combination of easily deployable inflatables that create personal mobile offices, which can be set up in a dense network of urban parks transformed from vacant parking infrastructure. The inflatables are collapsible and equipped with digital technology so workers can connect wherever they are.

“The impressive designs all made it clear that the workplace will continue to shift in the near future, however one thing that will not change is the thirst for collaboration,” said Michelle Boolton, director of interior design, Staples Business Advantage. “And collaboration stretches beyond an open workspace. The entries brought to life the concept of repurposing existing space into multi-functional areas that can accommodate worker needs and wants as well as environmental factors.”

Ethics a grey area for staff, when management fails to lead by example Employers and ambitious employees combine to boost a buoyant job market