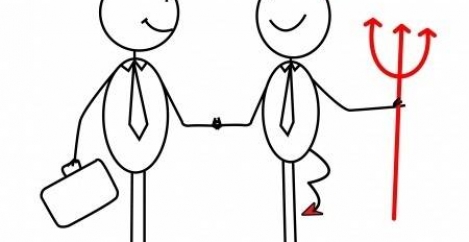 Ethics a grey area for staff, when management fails to lead by example 0 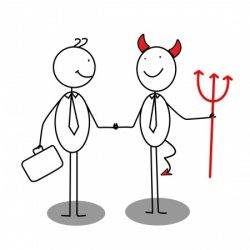 A third of people have taken a sick day in the last two years when they weren’t really ill, and one in 10 said that every sick day they’ve taken in the last 24 months has been false, a new study of British workers claims. And men are more likely than women to take a sick day when they’re not genuinely sick (36 percent of men compared to 30 percent of women). The survey of 2,000 employed adults in the UK also found that 36 percent would rather work for a company that paid them more, over one whose ethics they agreed with. Fifty-six percent of people in the study would continue to work for a company that avoided paying tax, and 14 percent said they currently work somewhere with managers or senior staff members that they believe are dishonest in their company’s tax returns. Yet despite all of this, nine out of 10 people say they do uphold ethical standards in their workplace.

One respondent to the study said that their company made fantastic profits that could have been passed on as savings to the customer – but weren’t. And one, who worked in food services, reported on their management removing sell-by-dates from food to extend its shelf life.

Almost a quarter of people in the study had worked somewhere with ethical practices they didn’t agree with, although only 13 percent of these people left the job because of it.

Adam Harper, spokesman for AAT (Association of Accounting Technicians), who commissioned the report, said: “Ethics is a grey area for many people, with Britons demonstrating a range of responses to what they consider ‘ethical behaviour’ in their professional lives.”

The research shows that an unethical company culture can spill over into individual’s behaviour as almost a fifth of people admitted that they have applied for a new job while sitting at their desk in their current one. And 78 percent think nothing of using company time to make personal phone calls or browse non-work-related websites while at work.

Added Harper: “It’s important for long-term success for businesses and their employees to be ethical; even small things like employees taking sick days when they’re not ill can build up and waste time and money.”

“Some of the results also show that many employees disagree with practises some businesses in the UK carry out. Managers need to be aware that getting a reputation for unethical behaviour could lead to demotivated staff, and have a negative impact on their business.”

AAT have recently published updated guidance on the standards expected of tax advisers and agents, in relation to the facilitation and minimisation of tax avoidance, to ensure their members know of the ethical problems involved.

Adam Harper continued: “62 percent of our respondents said they don’t think they were paid enough for the work they do, and so many could have used this as an excuse for carrying out some unethical behaviour.

“However, this doesn’t justify some of the less ethical behaviours highlighted by the survey respondents. Regardless of how employees see their company’s practises, they should be responsible for their own ethical behaviour.”