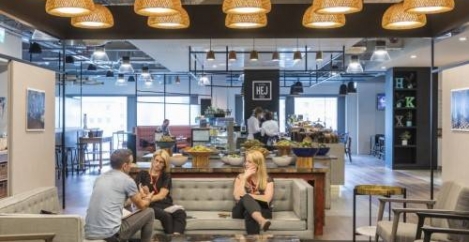 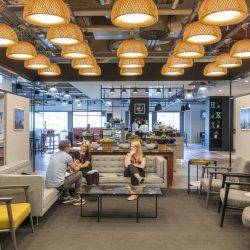 A new study of UK indoor office environments has found a direct correlation between the quality of the air in offices and its effect on workplace productivity. The two-year research initiative, backed by facilities company EMCOR and carried out by academics at Oxford Brookes University and LCMB Building Performance found that workers were able to work up to 60 percent faster in lower CO2 concentrations. It revealed that an increased intake of CO2 can lead to poor decision making, slower reaction times and increased tiredness among employees. Currently, UK productivity is 26.2 percent lower than Germany based on GDP per hour worked – and 22.8 percent less than France. Yet despite ten years of tactics to help close the gap, this is the first time environmental factors have been considered.

The study was supported by Innovate UK – the government agency tasked with boosting innovation in the UK economy. This forms part of the Whole Life Performance Plus (WLP+) project, which brings together a consortium of experts in building performance, property development and facilities management who have now called for a greater understanding of the detrimental impact of CO2, as well as fluctuating temperatures, on employee outputs will lead to concerted action to improve air quality in offices.

Workplaces taking part in the study – including NATS (the UK’s leading air traffic control provider) and Kings College London – were tested over two years, with internet of things (IoT) enabled sensors installed to monitor fluctuating CO2 levels.  During this time employees were sent numerical, proofreading and Stroop tests via email up to three times a day as part of the study. A methodology was then used to calculate the impact of CO2 and temperature on perceived productivity in those workplaces.

The effect of air quality

With lower CO2 levels, employees’ test scores improved by up to 12 percent. And in one of the buildings tested, people worked 60 percent faster with reduced CO2 concentrations, completing tests in a mean time of 8.2 minutes, compared with 13.3 minutes with more CO2 in the atmosphere.

EMCOR UK Chief Executive Keith Chanter said: “When it comes to boosting our productivity levels, no stone should be left unturned when searching for ways to reverse current trends. Monitoring CO2 levels and improving the indoor office environment is one solution that has been overlooked for too long. These findings must serve as a wake-up call to business leaders that their workspaces are a source of competitive advantage and CO2 levels need to start being monitored as standard in offices across the country.”

Too often due to energy efficiency concerns, the opening of windows in offices is highly controlled, meaning that the quality of the indoor atmosphere is heavily reliant on air conditioning. This means, for example, when new offices are built, they are ‘sealed’ and air conditioned as standard. Even if buildings meet ventilation standards, this doesn’t mean that high CO2 levels are being effectively detected and reduced, and often lead to offices feeling stuffy – which can mistakenly be put down to high temperatures.

In these instances, increased energy usage is expended on cooling via air con systems and the unnecessary creation of additional greenhouse gas emissions in the atmosphere. For example, closer monitoring of the CO2 levels during the study revealed that fan speeds could be significantly decreased – by up to 50 percent – without adversely affecting the CO2 levels in the workspace.

Importantly this misconception also limits the amount of fresh air that is introduced into offices and other work spaces. This is especially pressing, when coupled with research showing that UK office workers only spend a maximum of fifteen minutes outside in addition to their commutes. For example meeting rooms, which are often sealed and occupied for a prolonged period of time can reach up to 3000ppm CO2- impacting concentration and productivity levels. This becomes increasingly problematic as CO2 levels are not recorded with enough granularity by traditional building management systems to evaluate the effect on building occupants.