Groundbreaking study reveals work is better for you than retirement 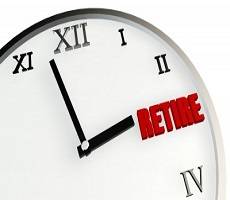 The scrapping of the UK’s Default Retirement Age (DRA) two years ago is seen by many employers as a negative step. But now a ground-breaking new study provides evidence that working past a set retirement age is much better for the nation’s health. Work Longer, Live Healthier: The relationship between economic activity, health and government policy, published by the Institute of Economic Affairs and the Age Endeavour Fellowship finds retirement has a detrimental impact on both mental and physical health over time. The stats make for uncomfortable reading for anyone considering taking that long cruise. You’re more likely to be clinically depressed, have at least one diagnosed physical condition and are less likely to enjoy good or excellent health.

Although initially there may be a small bounce in health following retirement, over the medium-longer term retirement causes a drastic decline in health. And this is the case for both men and women.

In the past 50 years, labour market participation among older people has declined significantly, though the trend has reversed a little in recent years. In the EU, about 70 per cent of people aged between 60 and 64 are inactive.

Philip Booth, Editorial and Programme Director at the Institute of Economic Affairs, said: “Over several decades, governments have failed to deal with the ‘demographic time bomb’. There is now general agreement that state pension ages should be raised. The government should take firmer action here and also deregulate labour markets. Working longer will not only be an economic necessity, it also helps people to live healthier lives.”

The report, which isolates for possible confounding factors shows that:

Commenting on the report, Edward Datnow, Chairman of the Age Endeavour Fellowship, said: “In highlighting the positive link between work and health in old age this research is a wake-up call for the UK’s extensive and well-funded retirement lobbies. More emphasis needs to be given to ways of enabling a work-life balance beyond today’s normal retirement age with legislative discouragements to extending working life being replaced with incentives.

“There should be no ‘normal’ retirement age in future. More employers need to consider how they will capitalise on Britain’s untapped grey potential and those seeking to retire should think very hard about whether it is their best option.”