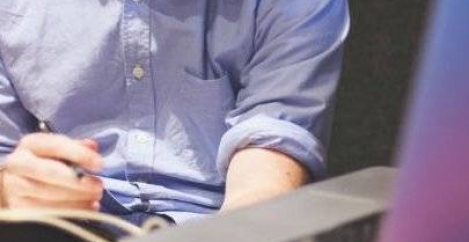 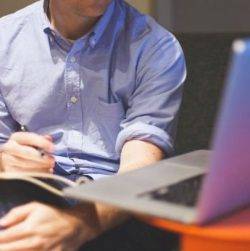 Flexible workers claim to work more effectively than those working a traditional ‘nine-to-five’, with a quarter of respondents (27 percent) in a recent poll saying they work longer hours in their new flexible working routine than they did when they worked normal office hours. The research, which was commissioned by the AAT (Association of Accounting Technicians) found that flexible workers think they put in almost seven hours more each week on average than they did previously. The research, which looked at the productivity of a group of workers who set their own hours or working location against a group of those who are not doing so, found that the former benefit from feeling happier and less stressed. Fifteen percent believe they are simply not as productive in a traditional working environment, with 21 percent feeling that they have become ‘much more productive’ after moving to a flexible schedule. However, there are drawbacks, which include missing out on their workplace’s social life and feeling lonelier.

Olivia Hill, Chief HR Officer for the AAT said: “Flexible working has a huge number of benefits for employees and employers alike. In this connected world, all many people need to work is a laptop and a stable internet connection, which can be found in many places other than the office environment.

“It seems employers are also becoming more likely to allow flexible hours as well as flexibility with location – assuming that as long as the job gets done, it doesn’t really matter when and where it happens – the most important thing is strong levels of productivity.”

A fifth of those working flexibly (19 percent) had enquired about doing so in their very first interview for a job. British employees are more likely to be able to choose to set the hours they work – 47 per cent reported this – than choose the location they work from, which just one in five (19 percent) are flexible in.

The main benefits employees see from working flexibly are:

Almost four in 10 respondents to the study (38 percent) say the option of flexible working is offered company-wide, although 15 per cent say it was offered only to them specifically. 18 per cent said they had to ask for the option.

Half of flexible workers say they can never see themselves returning to a more traditional work routine, and three quarters say it’s a key perk at their current job. However, three-quarters of them (73 percent) say they’d be reluctant to leave their current place of work if a new one didn’t allow the same flexibility, meaning that some may be trapped in a job if they are unable to find a new organisation which allows them the same situation.

Despite the many benefits, the study also shows that working flexibly can have its downsides; 18 per cent of respondents worry that working flexibly means they have less opportunity to engage in workplace social life and events, 15 per cent said it made them feel lonelier, 14 per cent said they feel guilty for working more conveniently than their colleagues, and 13 per cent are concerned they may be passed over for promotions or other work responsibilities, as they’re out of sight and potentially out of mind.

Olivia Hill added: “It’s worrying that many flexible workers feel that their colleagues see them as work-shy, or feel that they may be passed over for promotions. For this to change, flexible working has to become more accepted and commonplace in every work environment.

“Allowing flexible working helps organisations keep a diverse range of employees, because they are able to balance their work and other commitments in a way that works for them. Many employees, especially younger people, now prioritise having a good work-life balance when looking for a job, so organisations offering flexible working will have a better chance of attracting and retaining them.

“The UK works some of the longest hours compared to our European neighbours, however our productivity is lagging behind; flexible working results in not only happier but more productive employees. The business case for flexible working really does add up, but there will need to be a cultural shift for it to be embraced and embedded more widely.”