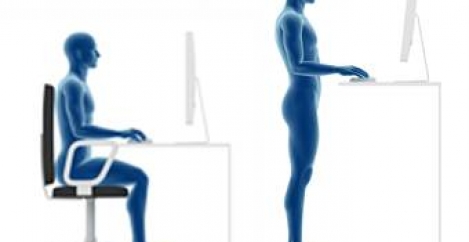 Take-up of sit-stand desks still lagging in UK, but change is coming fast 0 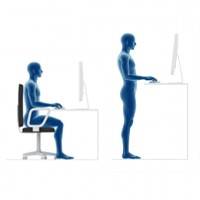 The number of UK employers offering staff sit-stand workstations remains sluggish, despite rapidly growing awareness of their benefits, according to a new study from office furniture firm Kinnarps. Compared to the near universal provision of sit-stand desks in Scandinavia, and in spite of the fact that UK buyers now universally acknowledge what they can do to improve employee wellbeing, the UK market has yet to fully adopt workstations that encourage more active working. Based on a study of 132 senior decision makers, facilities managers, designers and HR managers,  98 percent of respondents say they can see the attraction of introducing sit-stand working, citing improved health (73 percent), increased productivity (11 percent) and attracting and retaining talent (5 percent), among the principal benefits. Yet only 8 percent say that such workstations are ‘widely available’ in their workplaces.

Despite almost all respondents reporting that their organisation offered other forms of support to employee health, such as subsidised gym membership, private healthcare, fresh fruit and cycle-to-work schemes, it seems the introduction of the height-adjustable workstations that facilitate sit-stand working, is still in its infancy in the UK.

Only 10 interviewees, out of the 132 questioned, reported that sit-stand desks were widely available in their organisation, with a further 28 percent saying they were limited to employees with health or mobility problems and another 34 percent saying there were just a few available to any employees.  26 percent reported that there were no sit-stand desks available in their workplace at all. These figures are in sharp contrast to Scandinavia, where over 90 percent of all desk workers have access to adjustable sit-stand workstations.

According to Kinnarps, the lack of access to sit-stand desks by UK workers is worrying, particularly when Public Health England has recently published an expert statement ‘highly’ encouraging the introduction of ‘adjustable, sit-stand workstations’ into UK workplaces.  Dr Ann Hoskins, Deputy Director for Health and Wellbeing, Healthy People, Public Health England, said: ‘Research supports the Chief Medical Officer’s recommendations to minimise how much we sit still. Being active is good for your physical and mental health.’

The report asked what was seen as the biggest risk to introducing sit-stand working, and there was clearly a significant mental barrier to change.  Around three quarters (73 percent) of senior opinion formers said they were concerned about the initial expense of introducing sit-stand workstations.  It seems that perceived ‘cost’ by employers is the main reason that UK workers are being denied access to sit-stand desks, which could help them to avoid the 112 percent increased risk of diabetes, 147 percent increase in cardiovascular events and 90 percent increase in death due to cardiovascular events,  associated with a sedentary lifestyle. Nearly 90 percent of the senior opinion formers questioned felt that sit-stand working was a maturing trend in the UK, which would eventually become the norm.

Kinnarps UK head of marketing, Marc Bird claims that this could be a costly misconception: ‘Because the trend for sit-stand working  and the relevant technology has matured in Scandinavia, we have over 25 years’ experience in manufacturing cost-effective solutions, so a Kinnarps fully electronically-adjustable desk is available  in the UK from as little as £400. Also, with many electronically adjusted sit-stand workstations drawing only 0.3 watts of power on standby, (and ultra-eco versions as low as 0.1 watts), leaving a desk on standby, for every hour of every day,  for a year,  will cost less than 40p, or less than the price of a second class stamp. Employers need to consider the short-term purchase costs against the long-term potential costs of having a sedentary workforce.’