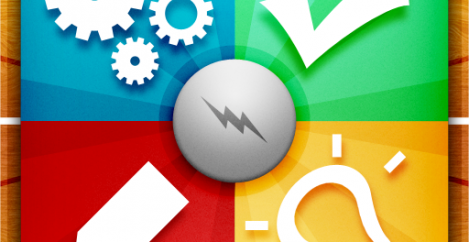 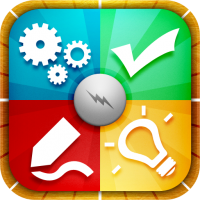 Ever since the UK started to emerge from the economic downturn there has been a great deal of brow beating about the so-called productivity puzzle. Although the UK economy grew between 2012 and 2014, productivity fell by 1.15 percent. In addition, the UK has a productivity gap of between 23 and 32 per cent between it and comparable economies such as Germany, France and the Netherlands. When considering the reasons for this, most of the time a finger has been pointed at some old favourites such as working practices, a lack of engagement or – according to this feature published in HR Magazine this week – individual behaviour.  Now a new report from the Institute for Public Policy research (IPPR) claims that the problems are far more complex than people typically assume and that one of the major factors is the jobs people are offered.

The analysis of the UK’s ‘productivity puzzle’ demonstrates that poor productivity performance across most sectors of the economy, more than a compositional bias towards low-productivity sectors, explains why we are so far behind both comparable economies and the upward trajectory we were on before the financial crisis.

The IPPR  analysis found that half of the UK’s productivity weakness is attributable to a change in the mix of jobs. A bigger proportion of people now work in relatively low-productivity sectors such as food service and accommodation, while there has been a fall in the proportion working in sectors with higher productivity like manufacturing and finance.

This report claims to present new evidence on these two aspects of the UK’s ‘productivity puzzle’, providing a comprehensive review of previous analysis on the topic and systematically examining every factor that may have contributed towards this poor performance. It demonstrates that the productivity gap between the UK and other similar countries can be wholly attributed to relatively low productivity within sectors, rather than it being the result of an overall compositional bias in our economy towards low-productivity sectors. For example, manufacturing in the UK is 27 per cent less productive than in France, and 33 per cent less productive than in Germany, and a similar picture emerges in many other sectors.

Similarly, it also finds that the productivity growth that was ‘lost’ in the UK between 2007 and 2015 was wholly the result of developments within sectors, with productivity growth since 2008 across almost all sectors of the economy remaining lower than it was prior to the crash.

However, the report also suggests that over the last seven years there have been two distinct phases of productivity weakness that need to be analysed separately, and which pose two distinct questions. First, why did employment not fall further during the recession, given how much output fell? Second, why did productivity not increase over the last three years, despite economic recovery becoming firmly established?

During the recession, poor productivity performance was a wholly within-sector phenomenon, the result of labour-hoarding and a shift in the capital–labour ratio facilitated by falls in real wages. But afterwards, between 2012 and 2014, while within-sector effects remained a drag on productivity, around half of the weakness in productivity growth can be attributed to an unfavourable shift in the structure of the economy. Jobs growth may have been strong over these three years, but it was disproportionately in low value-added – and low-paid – sectors of the economy, and a larger proportion of the labour force now works in relatively low-productivity sectors.

The key to restoring productivity growth is, therefore, to shift job-creation towards higher-productivity sectors, while encouraging firms to invest more in order to boost the productivity of their existing workforces. This means the government needs to change its focus, most importantly by: supporting lower-productivity sectors, particularly service sectors which account for a growing share of our economy, to raise productivity, rather than concentrating support on high-end manufacturing industries; and reconsidering cuts to capital spending on infrastructure, further education and (in real terms) the science budget.

IPPR chief economist Tony Dolphin said: “Our analysis of the UK’s productivity performance shows that an unfavourable shift in the structure of the workforce towards relatively low-productivity sectors has been a significant factor holding back aggregate productivity in the last three years. Another five years of stalled productivity is not something the chancellor can allow to happen. Using public spending to support productivity by introducing industrial policies for the domestic sectors of the economy are steps the chancellor could take in the Spending Review.”