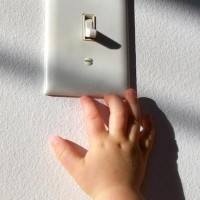 Nearly half of the UK’s small business owners feel unable to ever get away completely from work, according to a new report from Lloyds Bank. The survey, published in the bank’s Small Business Report found that 47 percent of microbusiness owners and sole traders feel unable to completely switch off from work due to their reliance on technology to operate. More than two fifths (41 percent) work longer hours to keep up according to the report from Lloyds, which has itself recently been accused by the Government of deliberately forcing small businesses under.  According to the survey, over two thirds  (70 percent) of small businesses are concerned that their commercial health will suffer if they neglect their online presence.

Nearly all of the business owners surveyed felt that it was essential to respond immediately or quickly to customer enquiries as a way of generating new business, with nearly a third (30 percent) believing this meant they had to be connected permanently so they don’t miss any opportunities.

In spite of their reliance on technology, many feel overwhelmed by it, with just under half (46 percent) unsure how best to use social media and other forms of communication and a quarter unable to keep up with current trends.

Rail fares and grind make London based staff yearn for flexible working, claims survey The meaningful aspects of what we do give us the greatest rewards