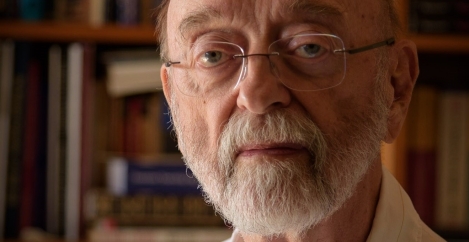 The compadre of teleworking, with Jack Nilles 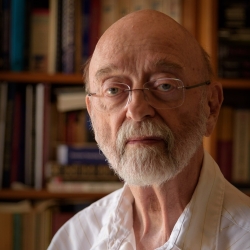 In episode four of Workplace Geeks, Chris and Ian cross seven time zones to learn from the father of teleworking and environmental activist, Jack Nilles, about the multi-disciplinary research project that led to his 1976 book ‘The Telecommunications-Transportation Trade-off: Options for Tomorrow’. Teleworking has been proven to be an effective and valued part of hybrid working solutions since the 1970s. The barriers to implementation are rarely, if ever, technological or economic: they are cultural, often specifically managerial, and always have been. Despite this, tried and tested change methodologies can overcome these challenges. Now, more than ever, we need to embrace the many benefits of teleworking, not just for organizational and personal gain, but also as part of our strategies to address the climate emergency.

Chris and Ian’s conversation with 89-year-old Jack explores the motivations behind this seminal study, its prescience, legacy, and ongoing relevance. It also celebrates the tenacity, wisdom and vitality of a living legend. Hope you enjoy listening to this one yourself – let us know.

Jack Nilles was born and raised in Evanston, Illinois, and attended Haven School and Evanston Township High School. Educated as a physicist and engineer at Lawrence University, Ohio State University and UCLA, he began his professional career as an officer in the US Air Force at the Aerial Reconnaissance Laboratory of Wright Air Development Center in Ohio. After leaving active duty he continued his “rocket scientist” activities by heading the preliminary design of several remote sensing spacecraft and communications systems for the US Air Force and NASA.

He was a consultant to President Kennedy’s and Johnson’s Science Advisory Council, the National Science Foundation and other federal departments. He also led the preliminary design project for the EROS Data Center, which provides remote sensing output to the general public.

In 1972 he joined the University of Southern California as Director for Interdisciplinary Research and began his formal research on telecommuting and teleworking, terms he coined in 1973. With USC’s Center for Futures Research he led a number of studies of the present and future impacts of information technology and created the standards by which major telecommuting projects are judged. Now known internationally as “the father of telecommuting/teleworking,” he founded the management consulting firm, JALA International, Inc., in 1980. He retired from USC in 1989 to devote full time to JALA.

He has developed and/or evaluated telecommuting projects for a variety of Fortune 100 companies, the state governments of California, Arizona and Washington, the city of Los Angeles, and other companies and organizations in the US, Europe, and South America. He is Past President of the International Telework Association & Council (ITAC) and was a member of the Management Group of the European Community Telework/Telematics Forum.

In 1993, he received the Environmental Pride Award for his contributions toward improving the air quality of Los Angeles, and in 1994 received an award for his work in environmental sustainability from Renew America. In 1997 the Board of Supervisors of Los Angeles County presented him with a commendation for his work in reducing traffic and improving the environment in the region.

He is the author of five books, including The Telecommunications-Transportation Tradeoff, the original book on telecommuting, as well as dozens of chapters of books, professional papers and articles. His book, Making Telecommuting Happen, published in 1994, is a complete how-to-do-it manual for telework program development and management. Its sequel, Managing Telework: Strategies for Managing the Virtual Workforce, was published in the US and Canada in 1998.

His books have been translated into Japanese, French, and Portuguese. The Polish edition of Managing Telework was released in 2003. The Telecommunications-Transportation Tradeoff has been reprinted and is available from on-line vendors. For more on his publications click here.