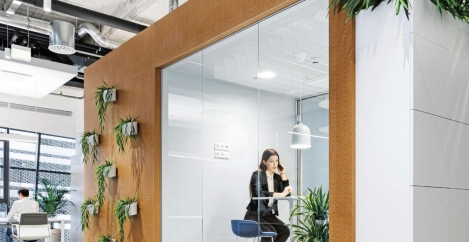 The ethics of AI, liveable cities, unf*cking work and how the office needs to be more like your home… 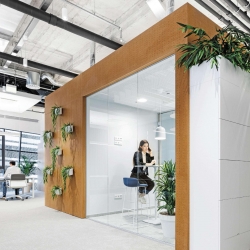 IN13 is in production but you can see the digital edition of issue 12 of IN Magazine here. It continues to explore the most up to date topics for workplace managers and executives. Including: a look at the reality of liveable cities; why offices now need to offer people more privacy, peace and quiet; how firms need to address the challenges of the circular economy; a case study from the dynamic city of Ljubljana; David Sharp on the ethics of AI; Chelsea Perino on hybrid working; a critical review of Neil Usher’s new book; Marie Puybaraud of JLL in conversation; and much more. All back issues of IN can be found here. And why not check out Works Magazine and Work&Place Journal too.

Extracts from the current issue of IN Magazine:

“While we already know that social media can be harmful, we risk greater exposure to these harms. In the metaverse, interactions will be realistic and in real-time, making the ability to moderate the user experience that much harder. Women already report being sexually assaulted in the metaverse, according to The New York Post. The irony of a sophisticated digital universe should not be lost on us, given that its very existence is supported by the growing number of human ‘ghost workers’ who are some of the most undervalued and exploited people in the digital economy. Someone has to review and moderate content that might be deemed unfit for public consumption. It’s their job.” David Sharp, Not so smart

Even as the city makes its way into our offices, so the people emerge from them to colonise the urban environment

“But even as the city makes its way into our offices, so the people emerge from them to colonise the urban environment. We have become so accustomed to working wherever we think it best that when people are asked to describe their ideal working environment, what they tend to come up with is essentially a High Street cafe. This is because Starbucks is often much closer to meeting the criteria of what Neil Usher describes as an Elemental Workplace than many offices. The coworking sector is way ahead on this point, which is one of the reasons why they are coming to dominate and ultimately supplant the existing world of commercial property.” Shaun Spencer, 15 minutes with you

“Neil Usher has a sharp eye. When caught in difficult situations, he writes, managers ‘don’t see that those needing attention are often high potential individuals, lost and frustrated, who require the benefit of our guidance. We begin instead to value those who are, as we describe them, “low maintenance”’. His send-up of ‘We’re like a start-up’ comes straight to the point: ‘almost every country today claims an area hosting a vibrant “start-up scene,” albeit usually as a means of boosting corporate property letting to kick-start urban regeneration’. As they say in the Middle East, ouch.” James Woudhuysen, There’s no F in Work

“Enter the rise of Work From Anywhere. At this point, the realisation for employees, their employers, and clients alike, was that work can take place in spaces other than between four pre-defined walls, at a desk, from 9-5pm, became evident. But what makes a workplace the most productive? The answer is: it depends.” Chelsea Perino, The evolution of the third place

If you’d like to talk to us about editorial, advertising and sponsorship opportunities in any of our four titles, then please get in touch. For editorial enquiries, please contact enquiries@workplaceinsight.net. You can contact publisher Mark Eltringham directly at mark@workplaceinsight.net or 00447970902115.

You can find our media packs here:

IN Magazine and Workplace Insight

Workplaces are plagued by classism, report claims Is carbon counting really the answer for the office furniture industry?