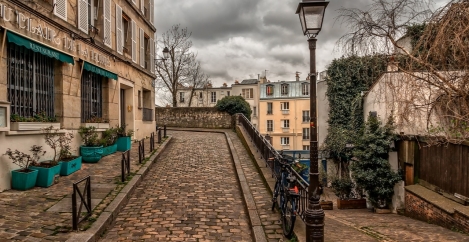 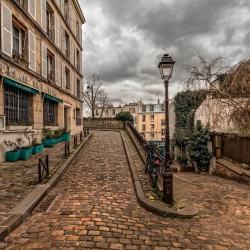 For most of history, there have been a small number of immovable truisms that formed the nature of what work is, and how communities form around it. While individuals have long held some agency around the structure and pattern of their work, being present in a communal workplace has been a non-negotiable reality. This need to work from an office comes wed with parallel requirements to help facilitate it. Employees have been willing to strike a compromise between where they wish to live and where they want to work through commutes, with the financial and time cost and associated stress that comes along with it.

Today, things are beginning to look a little different. Following the advent of mass-scale remote and hybrid working patterns, the idea of everyone working together in an office is looking less fixed.

This enforced period of experimentation with different and more flexible working arrangements has led many organisations to embrace them as part of their long-term strategy, while employees in great numbers have enjoyed reaping the rewards of more freedom around their work-life balance. In fact, studies have pointed towards two fifths of workers indicating they intend to never return to full-time office work.

How this will influence the future of work is commonly presented in dichotomy; employees expecting to retain their flexibility and freedom from the rigours of a daily commute, against bosses who would favour a return to the status quo. Indeed, the Future Forum Pulse found that executives are three times more likely than employees to want to return to the office. However, there is an evident and significant room for creative compromise between these two positions – and a number of exciting opportunities which may strike an ideal balance.

However, the repercussions of this evolution on commercial real estate has been, as yet, relatively overlooked. Given that this is a naturally symbiotic relationship, some exploration is required. A significant recent influx of investment into commercial real estate appears promising, but in truth obfuscates a rush to renovate and refurbish obsolete properties in the face of radically changed requirements from the commercial office. This highlights that commercial real estate (CRE) leaders are awake to the need to rethink their traditional blueprint, and start to think creatively about what it is that a building – rather than simply an office – can provide organisations and communities.

The fifteen minute city is a collection of ideas loosely formed around the thinking of French academic Carlos Moreno. In recent years it has been popularised by its impressive implementation in the central quarters of Paris under the oversight of Mayor Anne Hidalgo.

The benefits for workers are self-evident

The core tenet of the idea is an urban environment which provides most of an individual’s day-to-day needs within a 15-minute walk or cycle. This factors everything from grocery shopping, to medical care, to leisure and recreation, to workspaces. While this concept substantially predates the pandemic, the questions posed to each of us by national lockdowns have given rise to a resurgence of the idea into popular discussion.

While the name fifteen minute city focuses on the human benefits its realisation would bring, looking at it from an urban planning and CRE perspective may see it better termed a ‘smart city’ – one which brings together the historic idea of what a city is, and condenses it to a number of overlapping micro-cities to better serve the people who live in them.

The concept brings South London vividly to mind– a vast area made up of numerous concentric villages, each with their own distinct identity, community, and history. In each, the vast majority of an individual’s needs are served in walking distance; ample GP practices, supermarkets, parks and greens – yet the spacious urban sprawl clashes with the inefficient space economy of traditional offices resulting in most residents having to commute outside of their area for work.

The benefits for workers are self-evident – studies have found commuting has detrimental impacts on worker satisfaction and productivity, while a sustainable solution to working flexibility will generate satisfactory time and value savings.

Importantly, the concept would enrich the local area – in more ways than one. There are environmental benefits to be had, with traffic reduced and councils able to rethink public transport to suit the needs of a mobile local community over the urgency of a twice-daily commuter rush. Meanwhile, the buildings themselves can form more meaningful relationships with the communities they sit in, and enable greater creativity and individualised thinking in the commercial sector.

Next steps for commercial

It is clear to see that the conventional city-central 9 to 5 office building will increasingly become a thing of the past – at least on the scale we had before. It remains unclear if commercial landlords rushing to renovate have recognised the need for smarter workplaces, rather than costlier ones.

After all, offices have retained a specific form of value. A Knight Frank survey found that more than half of large businesses say their office is a key component of their corporate identity, with more than a third (37%) using them to attract new staff.

The compromise that enables the diversifying needs of organisations may well lie in the 15-minute city. CRE leaders can look to invest more in local hubs which employees can more easily connect with. Subsequently, these spaces would not be wed to the ‘closed shop’ facilities of city-centre office hubs – and could double as community spaces out of hours.

Most companies will only have use for a building between the morning and early evening – opening the appealing prospect of creating spaces which can moonlight as homes for after-school clubs, adult learning classes, and ad hoc community spaces. With civic venues in urban areas at an increasingly premium and of vanishingly low stock, these represent a great opportunity for investors to capitalise on a wider array of demand.

There is also the prospect of bringing in smarter tech. Organisations working in a local satellite office could link together through an app, allowing more intuitive connections within the space. Members could find local suppliers and products, or networking events through a shared app interface.

While there is uncertainty on how commercial real estate will shape up as the pandemic recedes into memory, the possibility for smarter use of spaces within the sector is evident. As businesses continue to explore and reformulate their relationship with remote and hybrid working, commercial property investors would be wise to consider how they can retool their own offering to insulate against the risk of few companies returning to a full-scale office-based arrangement. By creating more local multi-functional spaces within comfortable reach of a greater number of people, investors will be better positioned to evolve with the future of work, rather than catching up.

Wybo Wijnbergen is the Co-founder and CEO of infinitSpace

Hard up workers look to second jobs, side hustles and help from current employers Supply chain disruption sees costs and complexity ramp up