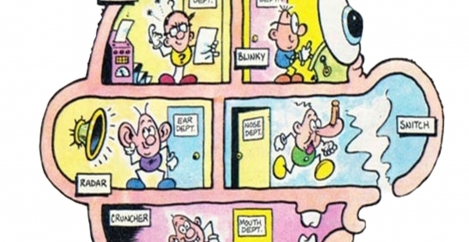 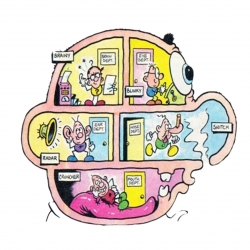 It is ironic that while we live in a world in which we are witnessing the automation of more and more human skills and capabilities, we are often best able to understand the way people function with symbols of mechanisation. That is the underlying conceit of what turned out to be one of the animated film events of recent years, Pixar’s Inside Out. The movie depicts the inner workings of the human brain as under the control of tiny people, literally inside our heads, making decisions on our behalf we only half understand.

Those of us of a certain age in the UK will first have come across this idea in a comic called the Beezer which ran a strip called the Numskulls that depicted the inner workings of an unnamed man, consisting of small characters who ran the various departments of his body – eyes, ears , nose, mouth although obviously no lower intestine and genitals. But it has even older precedents.

Both the Pixar film and the comic strip draw inadvertently or otherwise from a 1920s mechanised depiction of bodily functions by the German artist Fritz Kahn, who was able to be less coy about some of our baser functions and who created an enduring depiction of our internal functions that has particular resonance in the modern world.

It is possible to view images from Kahn’s work in a gallery on the British Library website, but there are many online depictions of his original work Der Mensch als Industriepalast (Man as an Industrial Palace). It was even animated in 2010 by a German visual arts student called Henning Lederer and developed into interactive installations which people can explore for themselves.

We find this approach compelling not only because it is intriguing and elegant but also because we are often better able to process representations of complex things rather than their reality. This is the truth that Harry Beck latched onto when he developed the first schematics of the London Underground. The reality of the physical locations of Tube stations is far less important than an understanding of how to move between them on trains. The metaphor is more useful than the reality.

We might find it compelling but it is also problematic in terms of understanding how people will respond to their surroundings and what happens to them. We are not machines or systems and so our response to a particular stimulus or problem is not easy to gauge and we should be wary of expecting mechanised and predictable reactions to things. In other words, Pixar’s animators are right to suggest we are not always in control and that certain stimuli may elicit a certain response, but the idea that “we” are listening and looking out on the world through the holes in our body is not very sound. 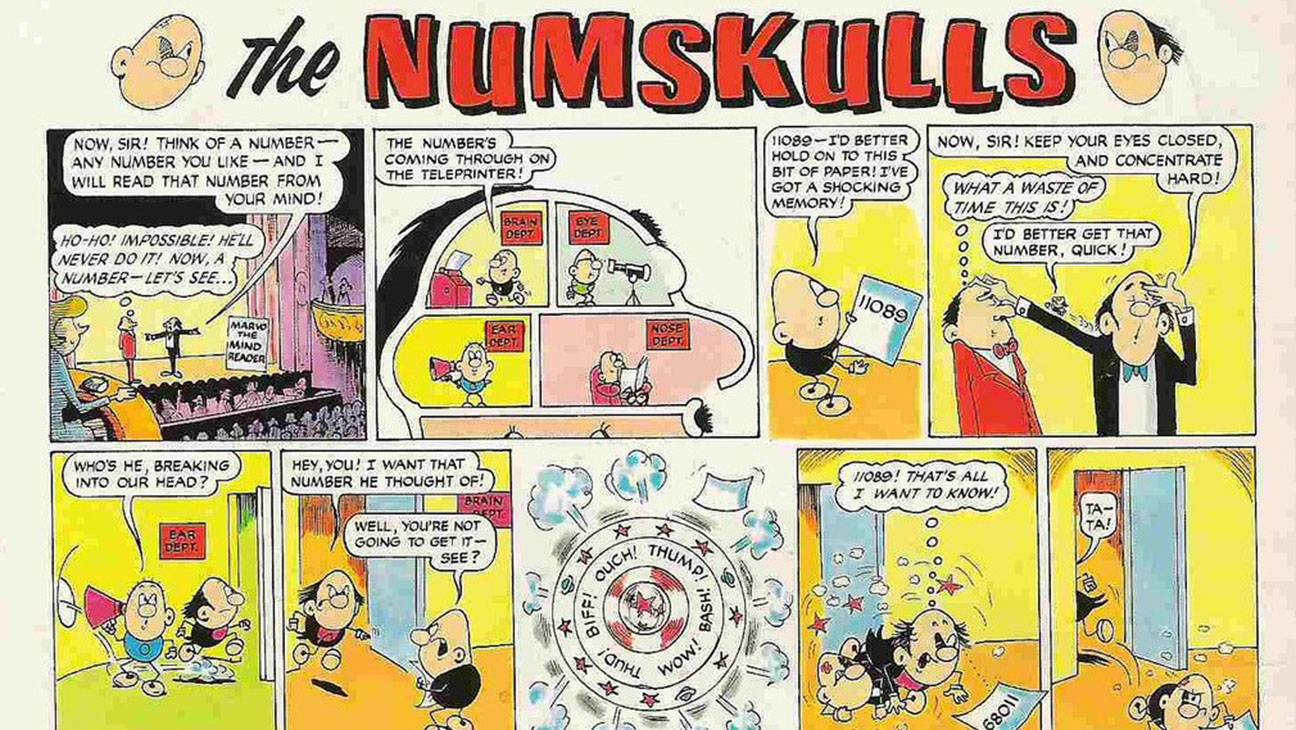