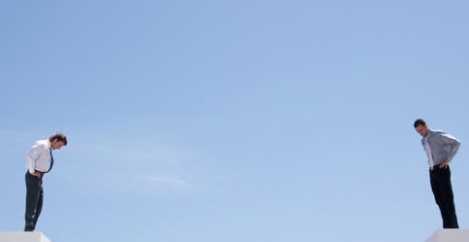 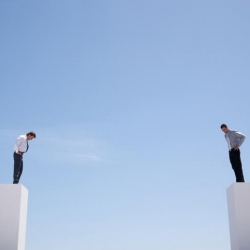 New data analysis by web design and development agency Rouge Media, claims the digital divide in the UK is closing considerably slower than official targets. In the Government’s 2014 “Digital Inclusion Strategy”, the target was set to reduce the number of people offline by 25 percent every 2 years. And by the end of 2020, everyone who can be digitally capable, will be.

However, new analysis of the latest data claims between 2017 and 2019, this target was missed in every UK region apart from in the South West. The UK achieved a 16 percent reduction in the number of residents over the age of 16 living offline – a long way off the 25 percent target. It means there are still nearly 5 million people who have never used the internet or haven’t accessed it in the past three months.

Over recent years, there’s been a growing focus on so-called “internet non-users” as part of the debate about the UK’s digital divide and its impact on inclusion. And the COVID-19 pandemic has exposed the digital divide like never before, as the physical world moved online.

From analysing the latest available data, the digital divide in the South West closed by the largest amount of any UK region – an impressive 28 percent. This brings the number of internet non-users down from 477,00 people in 2017 to an estimated 342,000 people in 2019. That means 7.6 percent of the region’s population over the age of 16 does not use the internet.

While this is positive progress, concerns remain over poor digital infrastructure affecting businesses and families in the South West. The region continues to have some of the slowest internet speeds in the UK. In West Devon and the Forest of Dean, the median download speed is 16 Mbps, compared to 52 Mbps in Southwark, south London.

Recently, the CBI called on the Government to enhance digital connectivity in the South West as part of a for a long-term strategic vision to guide the country through a vital post-Covid recovery and towards long-term prosperity. In comparison, every other region in the UK underperformed when compared against the official target.

London has seen the slowest progress in closing its digital divide, with the number of internet non-users (aged 16+) only falling by 4 percent in the last two-year period. This means there’s still an estimated 482,000 Londoners who live offline. However, London has the lowest percentage of internet non-users in the UK based on its population size. In 2019, 6.8 percent of its residents were offline.

One of the factors influencing London’s smaller digital divide is its population is comparatively young; the average age in London is 35.6, compared to 40.3 in the UK overall. In Inner London, almost half the population is in their early twenties to early forties (46.7 percent), compared to 30.9 percent in the rest of England.

Northern Ireland has the highest proportion of internet non-users – 13.2 percent or 194,000 people. It has also only achieved a 16.7 percent reduction in its digital divide between 2017 and 2019 – much lower than the official target.

According to the Centre for Economics and Business Research (CEBR), individuals with basic digital skills are able to benefit from 3-10 percent higher earnings; lower unemployment, cheaper shopping; more frequent social contact, and time-savings when accessing vital services than people with no digital skills.

“It’s clear that while positive work has been done, an enduring digital divide remains.”

As the portion of the population who were born before the internet becomes smaller and the first generation of “digital natives” reach adulthood, the digital divide will close further and at an accelerated rate. However, enduring social and economic issues will remain, preventing people from using or benefiting from the internet fully.

One study suggests the UK is 71st cheapest in the world for broadband – from a total of 206 countries – with an average monthly package price of £27.39. But remains unaffordable for many low-income households and the ongoing pandemic has placed further financial pressure on individuals and families across the UK.

What’s more, while almost 5 million people don’t use the internet in the UK, tens of millions more rely on expensive pay-as-you-go services for smartphone data or access healthcare, education and benefits online because they can’t afford a monthly broadband contract.

Andy Woods, Director of Rouge Media commented: “It’s been really interesting to study the progress being made to meet the Government’s ambitious target of getting everyone who’s digital capable online by the end of 2020. It’s clear that while positive work has been done, an enduring digital divide remains.

“Internet costs have been rising steadily over recent years, while speed and reliability are still major issues affecting many regions. Until the UK’s digital infrastructure is fit for purpose nationwide, we won’t be able to unlock the full social and economic potential and make greater strides in addressing the inequalities that remain”.

You can read more about the study and explore the findings on an interactive map here.