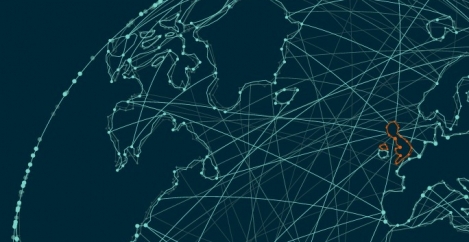 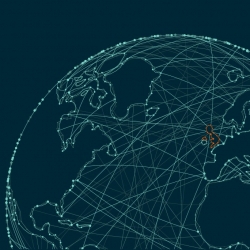 Britain’s digital sector is growing at six times the pace of the country’s other industries, according to new research from Tech Nation. According to the annual study, technology businesses contributed around £149 billion to the UK economy in 2018, nearly 8 percent of GDP. Since 2017 staff numbers at digital companies have risen by 40 percent to 2.9 million, nearly tenth of the total UK workforce.

The annual study suggests that investors have continued to put record sums into British digital start-ups, with tech companies raising a record £10.1 billion, up by £3.1 billion on 2018. Start-ups based in Britain secured more new capital than their French and German counterparts combined receiving a third of the total venture capital invested in Europe.

Britain lies third behind the United States and China in venture capital funding and is home to some of Europe’s most prominent tech hubs. London, Manchester, Cambridge, Bristol and Oxford are among the continent’s leading 20 cities for venture investment, according to the research. Manchester is the fastest growing city in Europe for tech investment, which rose from £48 million in 2018 to £181 million last year

Gerard Grech, Chief Executive, Tech Nation, commented: “These are truly extraordinary times that we are living in. Over the coming months, technological involvement in keeping services going, keeping businesses afloat and keeping people alive will be essential, impactful and exponential. Across the piece, UK tech companies are offering radical solutions. We need to stay responsive, with smart regulation, ever increasing access to growth capital and new markets. Every effort we put in now will repay many times over, as the past few years have already shown.

“In a rapidly changing world, the UK is a shining light for tech entrepreneurs, investors and employees, with jobs in the digital sector now accounting for 9 percent of its national economy. Some of the biggest UK successes; the 77 so-called tech unicorns, are $1bn valued companies now inspiring others, and there are an additional 95 tech businesses across the UK primed to be scaling over the coming years. The success of these businesses will be grounded in the UK tech ecosystem’s ability to build deeper and broader knowledge networks between various constituents such as experienced investors and entrepreneurs and to truly fuel growth across the country.”

These companies are important as they represent the pipeline of companies that are already disrupting the UK’s tech “ecosystem”, and show trends and patterns in the development of the UK tech sector. To date these companies have raised £6.75bn and employ 17,475 people.

45 percent of high value scaleups are based outside of the capital, including in wejo based in Chester, Bybox based in Coventry and Crisp Thinking based in Leeds.

25 percent of Europe’s top 20 highest investment tech cities are in the UK – Manchester, London, Bristol, Oxford and Cambridge. Furthermore, Manchester is the fastest growing European tech city, with an increase in investment of £48m to £181m from 2018 to 2019 – representing an increase of 277 percent.

In 2019, for every £1 invested into New Technologies (AI, robotics, cybersecurity, blockchain, IoT, virtual reality, and augmented reality) in Europe, 35 pence was invested into UK companies.