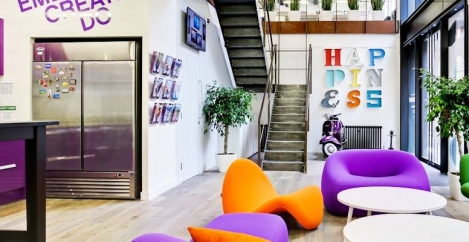 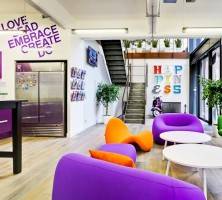 Most of the arguments put forward for enlightened workplace design are fact based. That’s useful but such arguments can also ignore the fact that we respond to our surroundings on an emotional level as well as a functional one. Once you accept that office design is as much about how it makes people feel as how it helps them work, then the design process can be as much about EQ as it is IQ. While businesses can shy away from dealing with the emotional facets of working lives, there is a growing movement that advocates not only greater awareness of the importance of emotional intelligence but is also able to draw attention to the benefits it brings to organisations and individuals. This was the underlying message of a groundbreaking event that took place in London recently which explored the use of emotion in a business context. 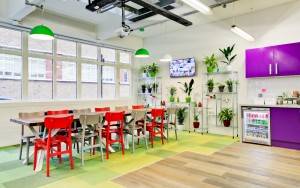 With sponsors that included Harvard Business review and Sheffield Business School, the EQ Summit attracted speakers, interest and attendees from around the world. Subtitled Emotional Capital, Mindfulness and the New Economy the even explored how emotional intelligence can be one of the key predictors of organisational and individual performance.

The growing influence of emotional design

The keynote speaker was the author Dan Pink. “People want to have sovereignty over their own life,” he said. “They want to know why they’re doing something and to make a contribution. I believe we do better ourselves when we treat our emotional intelligence with the same importance as our mental intelligence. Whilst blanket adoption of this idea may be some way off, its influence is certainly growing and as an increasing number of case studies show, it is having huge impact.” 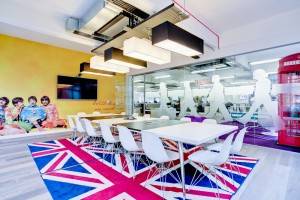 The message is clearly being taken up by a growing number of large organisations. One of them is Sky whose CEO Jeremy Darroch also spoke at the event to speak about how important EQ and qualities such as empathy are for modern business leaders.  “A lot of the old skills of leadership aren’t fit for the future” he said. “The idea that I can sit in the corner office and call the shots is long gone. Empathy is now the single most important skill when you get to the top of an organisation. It means you can frame opportunity and challenge in the right way.”

One of the issues raised by Dan Pink in his keynote address was the importance of relationships and what he called ‘progress rituals’ which not only strengthen the bonds between individuals but also increase engagement and improve performance.   He cites managers who hold weekly face to face meetings with individuals and encourage staff to keep track of their achievements. Dan claims that such simple, regular processes can even help reduce levels of stress and sickness. 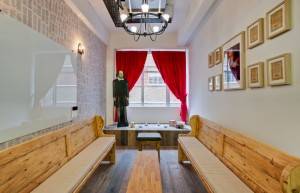 In many ways these are not new ideas, but their time certainly seems to have come in the context of the new economy. As long ago as the 1940s we knew that workers benefit from being aware of their role and place in the organisation and enjoying a degree of control over their work processes and surroundings. As Abraham Maslow highlighted when developing his famous hierarchy of needs theories, humans are fundamentally simple beings. Once their physiological needs for food, air, security and water have been met, people will seek to address their psychological and emotional needs for things like self-worth, relationships and self-actualisation.

When these are not met, that is when we encounter a range of emotional and psychological issues ranging from lack of motivation and underperformance through to disengagement, stress, depression and absenteeism. 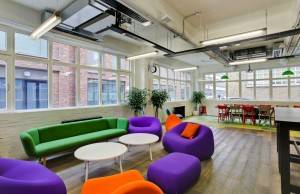 The design of our surroundings can be one element that helps us to meet these needs, to help us to be happy and more productive. Offices can nurture relationships, offer privacy yet a feeling of connection with others, a place in the world and a specific community of people with the same goals and a space in which we can feel valued.

It is one of the defining characteristics of contemporary approaches to office design that we also are able to offer people a greater degree of choice and control over how and where they work. This is not always a practical or task based issue, but can also be about the emotional needs of different personality types. When everybody is obliged to work in a homogeneous space such as an open plan office, they will respond to it in different ways, so often the best option is to design office spaces that give individuals some control over where and how they work, in what sort of surroundings and with what level of privacy. 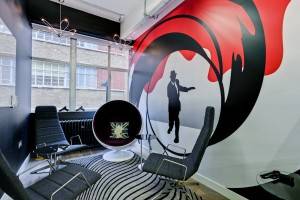 Offering staff some kind of control over their work space satisfies one of their basic emotional needs. Giving them some degree of autonomy will help significantly in raising their emotional happiness, which they will attribute to being happy at work. Conversely, if they are instinctively uncomfortable in their workspace this will translate to general unhappiness at work, even though they may not realise it.

There is much about our human natures and thought patterns which is innate and unconscious. Ensuring that workers are happy depends on them having their fundamental emotional needs met and satisfied. It’s great that this issue is now being given the recognition it deserves.