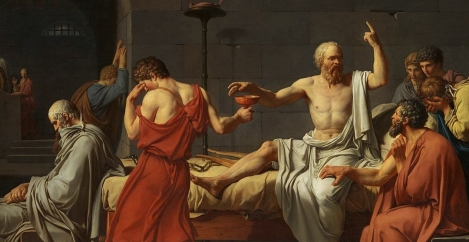 There are thirty-eight ways to win an argument, but this ain’t one 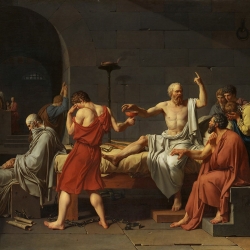 There are 38 ways to win an argument. That is according to the 19th Century German philosopher Arthur Schopenhauer who laid them out in an essay called The Art of Being Right. We’ve probably added a few more since it was published in 1896, but whatever we’ve come up with since probably works on the same basis. Despite the essay’s title, the stratagems are not actually about being right at all, but about winning an argument.

We used to have to go to the pub or watch politicians to witness people behaving like this. Now all we must do is click a trending topic on social media, like that’s ever a good idea. Even people arguing in good faith about a subject often do so without first defining the thing they are talking about. They’re using the same words, but with different definitions. Miscommunication is inevitable. Assumptions of bad faith follow. Things fall apart, however well intentioned people might be.

Words matter. Which is why reporting on the events of the past year or commenting on them has been so difficult at times. Recently I have taken to responding to the authors of the many reports we receive each day by asking them to define their terminology. Terms such as ‘remote work’ or ‘working from home’ have a specific meaning for us, but invariably refer to some form of flexible working when examined in the context of a survey or report.

‘Hybrid working’ is also used interchangeably with flexible working, even though the definition of hybrid work remains very vague indeed and flexible working is already enshrined in law. I wonder whether the word ‘hybrid’ in this excellent piece by Lynda Gratton would have been used instead of ‘flexible’ if we hadn’t endured the pandemic.

This interchangeable use of terminology is one reason why so much of the discussion about the longer-term consequences of the past year is so unproductive. People are discussing subjects without defining them first. Usually this is a mistake. Sometimes it is deliberate and sometimes dishonest.

Often this has a commercial underpinning. If you ask people whether they want to commute into a large city centre on cramped public transport at the same time every day to sit at a desk, they’ll usually tell you no. They’d have told you that in February 2020 too. And they often did but were routinely ignored. From this, some people have concluded that this means people want to work from home forever instead.

Yet, the sole alternative to the fixed time and place of work isn’t necessarily permanent working from home. That shouldn’t need saying but it does. As Tim Oldman puts it in a recent comment piece:

“Historically programmed with binary options, this is where the real estate and property industry struggles. Do we stay or do we go? Open plan or cellular? Now home or office. And now we have the office haters. Pitching office against home, they smugly remind us that their predictions of the demise of the office as the place where workers go were published years earlier for all to see.

Why do so many struggle to entertain blended, multi-coloured middle grounds

Why do so many struggle to entertain blended, multi-coloured middle grounds, where collaged solutions are crafted not for procurement simplicity, but in response to multi-dimensional user needs?

Workplace does not have to settle for this binary match-up of traditionalist versus provocateurs. It is a time for opportunists from any camp to explore any number of scenarios somewhere in between these two extremes. Where employees are given a choice.”

This choice will result in new behaviours. If you think people will react to new working cultures in rational, purely economic and predictable ways, just wait. Even before we have been given a real choice about where and how to work, things are taking a turn. Hybrid working in the sense of people working away from the office for, say, two days a week will result in new workplace games, as Neil Usher describes here.

Daniel Davis follows similar logic in setting out his reasons why a lot of people will be spending more time in the office than they might expect or desire.

In short, nothing propinks like propinquity. We are contrary, complex creatures with base instincts, messy relationships and unknowable motivations. We should remember this when we are discussing the way we work. We should agree what we are really talking about in any discussion and argue in good faith. Perhaps be open to the idea we are wrong or know less than the other person. It may be possible to win an argument without being right, but that doesn’t mean we should.

Main image: The Death of Socrates by Jacques-Louis David (1787)