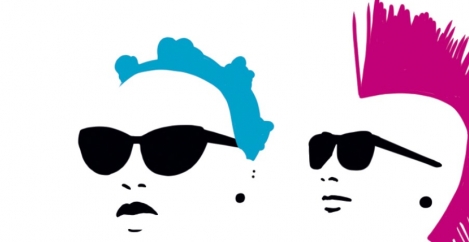 There is no F in work 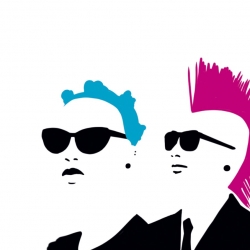 Neil Usher is an energetic, wiry critic of workplaces and offices. Long ago – in 2018, actually – his proposal that the good office is composed of 12 simple elements, beginning with daylight, was also energetic and wiry. Here he widens out from the delicious nitty-gritties of temperature control and lighting in The Elemental Workplace to the wider phenomenon of work. As the title already suggests, the style is laden with expletives: there are no fewer than 25 mentions of the word ‘crap’. He is withering, too, about the ‘easiest fat-arsed squatting duck of targets, the hapless office, with its rituals and theatrics’. On top of a fresh, Elemental-style bow to the nostrum of inclusion, there is a critique of management fads, but also reference made to (white male) privilege, plus, in a lofty manner, ‘our essentially Stone Age cognitive wiring’.

Sometimes the history and research are poor, too. Usher has Karl Marx and the Hawthorne experiments of the 1920s completely wrong. He is convinced that ‘a Taylorist underbelly lurks in many a workplace culture, even if not readily admitted. Scratch-and-sniff to reveal your own’. He shows a weakness for citing the Encyclopaedia Britannica and Wikipedia. Yet still his skewerings and his insights are worth the, er, crap.

What Usher really has going for him, from Elemental to his new book Unf*cking Work, is a willingness to interrogate and often invert the conventional categories that surround the office, the workplace and work. His anarchist willingness to puncture balloons is often refreshing, and revealing too. It’s a pity that his purview seems circumscribed by our old friend, knowledge workers, and by management dilemmas: there is little here about work in contact centres, delivery, retailing – not to speak of agriculture, construction, extractive industries and manufacturing. But he scores a bullseye with many of his assaults on 12 common statements about work.

First, he takes aim at our old favourite, ‘Work is something we do, not a place we go’. I don’t agree with him that we are still locked in Industrial Age thinking, in which lazy managers, bent on old-fashioned control, judge performance by ‘the extent to which we were present, seen and heard’. For me, the trend toward psychologising and medicalising work, toward bringing the Self to work, is today much more important than that old trope, beloved of the TUC, of ‘presenteeism’. But I love Usher’s attack on WFH fanatics: ‘A minority, but a vocal and powerful one that tends to believe that what applies to them applies to everyone. Not just collectively, but individually: “I like working from home”, therefore we all like working from home.’

This is mordant stuff, and Usher’s defence of location, community and humanised place over abstract space is a distinction well drawn. So, I like his alternative and uncommon statement ‘Work is something we do, something we create and a place we are’.

Again, I rather disagree with his attack on the statement ‘Hard work never hurt anyone’. Usher believes that busyness and excessive effort are still badges of honour, but I’m far from sure about this, in 2022. Whatever prospects it turns out to have in tomorrow’s Great Crash, the Great Resignation – both in the US and in the UK – has since 2001 been embraced by millions. In Britain and, I imagine, some parts at least of San Francisco and Los Angeles, ‘work’ is in fact about how fewer and fewer services, especially public services but also private ones, seem to work nowadays.

Are these facts to do with failure to tax and/or spend right? That seems unlikely. We would do better to consider the ‘stressed, anxious, overwhelmed’ workplace that Usher describes, in which ‘our injuries are slow, invisible’ and, he adds, with hilarious accuracy, ‘often questionable’.

The author recognises that a five-day, 9-5 week remains a distant hope in less fortunate parts of the world. Yet, invoking a study of World Health Organisation and International Labor Organisation data for 2000-2016, he insists that nine per cent of the world’s working population work more than 55 hours a week, giving them a 35 per cent higher risk of stroke. In the UK, he adds, the Health and Safety Executive found that, annually, each member of the working population lost ‘not far short of a day’ to stress, depression or anxiety.

These figures seem to me unlikely, and, if anything, now rather low. In the US between 2017 and 2018, for instance, 16 per cent of the workforce had a non-daytime schedule, including six per cent who worked evenings, and four who worked nights. The remaining workers, according to the Bureau of Labor Statistics, had ‘a rotating shift, a split shift, an irregular schedule, or some other schedule’. These numbers for the US look more accurate, and will be still more probable in developing countries. Yet though he notes that people work unpaid overtime, Usher shows his preoccupations when he worries about people doing ‘another weekend of financial modeling’.

In his concern about workload, Neil Usher recommends, in place of hard work, that we be ‘driven by purpose – and know our limits in pursuing it’. This consciousness of limits, and in particular limits to ambition, is no invitation to go slacking, malingering or sabotaging. But it is still not to my taste.

But oh, how some of his punches hit home! In forced change at work, Usher writes, when the fringe of an organisation is tasked with remaking the centre, no initiative ‘is more nauseating and destined to have the entirely opposite effect than the drive to have “fun at work”’.

The Usher shuffle on innovation is also attractive – and prescient. He bashes up ‘If it ain’t broke, don’t fix it’, which he attributes to Thomas Bertram Lance, budget director in, inevitably, Jimmy Carter’s disastrous 1977 administration. Lance’s was, as Usher notes, a plea to save costs – though ‘he did also add that government had an equal and opposite habit of not fixing things that were broken’. Anyone familiar with the crisis in Britain’s infrastructure, particularly in water and energy supply, will know that ‘if it ain’t broke’ is an agenda of complacency and evasion. Usher is on the money when he insists that ‘If it’s broken we make it good, if it’s good we make it better’. His is an eloquent call for restless curiosity, critical thinking, and a readiness to accept nothing without enquiry and thought

His cynicism about teams, the weekly team meeting, analogies between workplace teams and the milieux of sport and of family – this well founded. I quite like his aphorism, ‘People, teams, organisation: we know the time for each’.

Neil Usher has a sharp eye. When caught in difficult situations, he writes, managers ‘don’t see that those needing attention are often high potential individuals, lost and frustrated, who require the benefit of our guidance. We begin instead to value those who are, as we describe them, “low maintenance”’. His send-up of ‘We’re like a start-up’ comes straight to the point: ‘almost every country today claims an area hosting a vibrant “start-up scene,” albeit usually as a means of boosting corporate property letting to kick-start urban regeneration’. As they say in the Middle East, ouch.

Usher rightly complains about screens in meeting rooms not connecting to laptops, ridicules the ‘onboarding experience’, and usefully notes that an obsessive focus on the workplace experience has a narcissistic quality to it – even if, for him, this seems confined to work moments being captured on smartphones and shared on social media. Except for a few very fleeting references, however, he is largely oblivious to the class dimensions of tomorrow’s workplace. As he writes in his critique of ‘People are our greatest asset’, ‘We succeed or fail together’. But it is moot how much more weight this familiar hammock can take.

It is the same with IT. In some ways, it is a relief to read a book about the workplace that does not go on about the digital revolution that’s just around the corner. But Usher goes too far the other way in holding that, with IT, ‘the insatiable urge to scroll, the dopamine-seeking reward loop, snares us’.

To mention such a broad-brush aside is not to quibble. Usher writes that ‘While an individual depiction of a culture is distinctly possible, a shared understanding is problematic’. I dissent: we can all more or less agree on the kind of culture that, say, the Nazis had going. Nevertheless, it is to the author’s credit that he has shared a fair bit of his understanding, and for that we can be grateful.