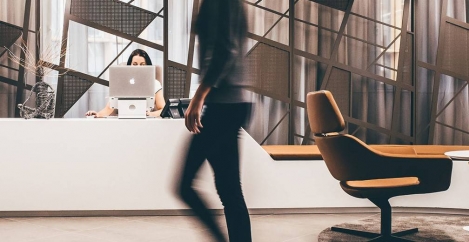 Several months ago when we invited Jonty Bloom, one of the media’s most respected journalists to come and speak to our guest audience, we knew it would be informed, relevant and fascinating. What we didn’t know was that the day before (4th September 2019) Boris Johnson would deliver a stunningly inelegant performance at his inaugural Prime Minister’s Question time, the day after losing his first vote in parliament to prevent a further delay in delivering Brexit.

With so many questions unanswered by the politicians, who are supposed to be running the country, it is no wonder that we had a full-house for Jonty to give us the measured and sensible commentary we all need. We were not disappointed, here is snapshot of what we learned.

So, how did we end up here?

Jonty took us through the ill-informed journey that approximately 52 per cent of the British population have been taken on, full of half facts, empty promises and a distinct lack of detail.

We began with Norway; a country that seems to have got so many things right, a completely transparent tax system, generous social welfare and a mutually beneficial relationship with the EU without being fully ‘in’, one the UK could look to emulate perhaps?

It would mean the UK would remain a member of the European Economic Area (EEA) and the European Free Trade Association (EFTA), thus giving us access to the single market guaranteeing limited restrictions to trade with the EU. In return the UK would continue to make financial contributions to the EU, follow the EU rules/laws, yet have NO say in how they are formed. Mmmmm doesn’t really sound like that will please the Brexiteers?

The problem is that the UK is not Norway which has a largely insular trading economy, on the contrary the UK has successfully positioned itself as an international centre for business – well done us! However, it is important to remind ourselves of the structure of this, 15% of current trade is with the USA, and 5% is with the combined countries of Switzerland, Japan and South Korea – these are the countries that we have managed to broker ‘post-Brexit’ trade deals with. There are other deals rolled over and some will remain unchanged but we will still be left with a whopping 81% of trade that will be negatively affected by a no-deal Brexit.

There are four ‘freedoms’ that Norway has signed up to; the freedom of goods, services, capital and people. If we only take this last point, we have a clear deal breaker – the British government wishes to regain control over its own borders and have a say in who it lets into the country, this was a key pillar of the Brexit vote.

Which brings us to the most contentious issue of all, avoiding a hard border in Ireland. To resolve this the UK needs to agree some kind of Customs Union agreement with the EU (important to note that Norway is not in the Customs Union), which then limits its ability to negotiate its own trade deals.

Jonty emphasised the political benefits to being free of the rules and laws of the EU, not least the importance of the sovereignty of Parliament and the notion that laws can only be valid and true if they are made within our democratic jurisdiction in the Houses of Parliament. However, this is coupled with a likely risk of economic hardship as a result of a hard-Brexit deal.

Politics and economics are discussions that can both normally be debated with a proportionate sense of logic but these are not normal times. There exists, a powerful sense of emotion from the Bremainers and Brexiters, with each side only willing to listen to its version of the truth. This has been further fuelled by equally passionate reporting from the extremes of the media which is not helping the diplomatic cause.

We are witnessing an unprecedented political landscape, die-hard conservatives losing the Tory whip and being banned from the party, abdications to the Liberal Democrats and Jo Johnson resigning, followed by senior cabinet minister Amber Rudd just last weekend.

We have check-mated ourselves, going round in circles of doom with seemingly no way out of the chaos we voted ourselves into.

The billion dollar question – what next? – for the first time for many of us in the audience we finally had someone to tell us. Jonty took us through some scenarios:

– The current PM can guarantee an election win by calling for a hard Brexit, and calling for a general election immediately would mean that Brexit slips through the back door on 31st – it is for this very same reason that Labour will not agree to an election.

– We Brexit on 31st October with a deal. In order to do this we need to agree on the movement of people, the Irish border and the £39 billion cheque.

– We Brexit on 31st October without a deal but this does not been its over, not by a long way. This will herald the beginning the endless renegotiation of quality, standards and workers rights, taking us right back to where we were the day Cameron resigned.

– We don’t Brexit…to be continued…

As we post this, Parliament is suspended and for brief moment it looked like we might have some respite from the Brexit chat. Not so, today the Scottish appeal court judges have declared Boris Johnson’s decision to suspend parliament in the run-up to the October Brexit deadline is unlawful.

It is not only Parliament that is suspended a nation waits in suspended disbelief, whichever way you voted on 23 June 2016 one thing is for sure – nobody voted for this.