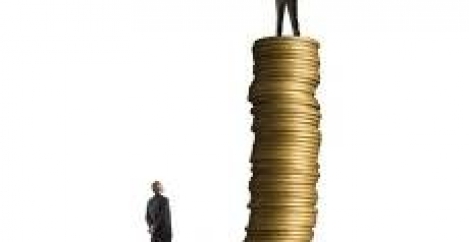 Time to address ‘shocking disconnect’ between boardroom and staff pay 0 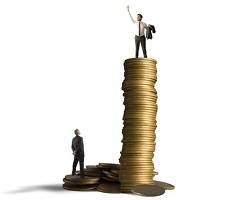 As the new prime minister Theresa May has already indicated in her tenure, the growing gap between rewards for those at the top of organisations and everyone else is hard to justify at a time when economic uncertainty is intense and corporate performance mixed. So it’s shocking to learn that the average FTSE 100 CEO earns 129 times more than the firm’s employees, receiving around £5.5 million a year, up from £4.96 million in 2014. According to the annual survey of FTSE100 CEO remuneration packages by the High Pay Centre, rewards at the top continue to grow at a double digit rate, with the most highly paid being part of an all-boys club. No woman has made it into the top ten in either of the last two years. And in contrast to the generous packages awarded to their executives, only a quarter of the 100 FTSE 100 companies are accredited by the Living Wage Foundation for paying the living wage to all their UK-based staff.

Back in July, the Prime Minister promised to address the “irrational, unhealthy and growing gap” between what leading companies offer their workers and what they give to their bosses.

Stefan Stern, director of the High Pay Centre, said: “There is apparently no end yet in sight to the rise and rise of FTSE100 CEO pay packages. In spite of the occasional flurry from more active shareholders, boards continue to award ever larger amounts of pay to their most senior executives. The High Pay Centre was delighted by Theresa May’s recent intervention on this issue. There now seems to be political will and momentum behind attempts to reform top pay. In particular we support two of her main proposals: that companies should be obliged to publish the ratio between the pay of the CEO and the average worker in the business, and that the voice of the ordinary employee must be heard in discussions over executive pay.”

Peter Cheese, Chief Executive at the CIPD commented: “There is still a shocking disconnect between pay for those at the top and the rest of the workforce in large companies. Worse still, this gap is continuing to grow despite our latest data showing that it leads to a real sense of unfairness that has a clear impact on employee motivation. A recent CIPD study showed that six in ten (59 percent) of employees say that high levels of CEO pay in the UK demotivates them at work. The message from employees is clear: ‘the more you take, the less we’ll give’. This kind of culture in the workplace is bad for both employers and employees. Furthermore, when pay for those at the top is not linked to either personal performance or business outcomes, it undermines trust in business, not just from employees but from customers and other stakeholders.

“That is why the CIPD support Theresa May’s call for action to be taken on executive pay. A simple first step to tackle this would be to require publicly-listed companies to publish pay ratios between the CEO and full-time employees. This will serve to encourage accountability and force a greater focus on senior pay among key stakeholder groups, such as investors who can help to drive change and hold businesses and senior individuals to account. We also need to see more action from the top – either from boards or more Chief Executives’ themselves taking a public stand and putting a stop to these inexplicably high salaries and bonuses. As we head into an uncertain economy, this can only become a more pressing issue.”

Added Stefan Stern: “Businesses could save themselves a lot of grief, and do something to restore their reputations, if they listened to workers first before awarding these bumper pay packages.  The question the outside world keeps asking is ‘How much?!’. How much better to try and answer that question internally first with concerned yet supportive employees?”