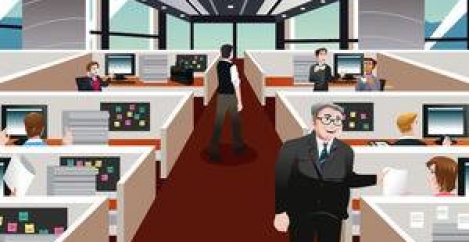 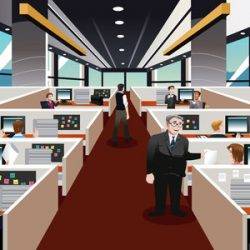 Nearly two thirds (64 percent) of senior executives say their offices are still structured on a traditional departmental basis, despite the fact that the majority of those polled in a recent survey (94 percent) believe project efficiency could increase significantly if they simply re-arranged their office seating plans to promote cross-departmental collaboration between team members. The new report Agile Ways of Working: The Great Leadership Disconnect from digital consultancy, Red Badger, claims that not only do these senior decision makers believe in the promotion of collaboration, but four out of five (81 percent) digital leaders in organisations who were additionally surveyed, strongly believed that an inflexible office layout actively led to delays in launching a product or service into the market or to customers. “Waterfall” ways of working (62 percent) and teams working on multiple projects at once (51 percent) were also among the most cited reason for delays in the past.

However, despite this, the median length of time before organisational changes are expected to take place is a substantial two years and eight months from now.

With these organizational structure changes predicted not to take place for almost three years, the difference in opinion between digital leaders and senior decision makers are interesting to note:

Some 44 percent of general business leaders who did not expect to make organisational changes in the foreseeable future attributed their reluctance to ‘a lack of skilled workers’ and just over a third (35 percent) were concerned that this shift would be too difficult to implement.

A lack of suitable employee skills and willingness among teams were much less significant barriers for digital leaders. Instead, the number one perceived obstacle of the digital leaders was a lack of senior management buy-in (42 percent), followed by waterfall ways of working (39 percent) and thirdly, a lack of flexibility in seating arrangements (38 percent).

Cain Ullah, Founder and CEO of Red Badger says “Departmental silos, and arranging offices in this way, feel like a hangover from a time when industrialised workers needed to be closely supervised to ensure that they completed tasks efficiently. In today’s economy, where skilled workers have more autonomy, these seating plans are outdated and as our research shows, are actually slowing organisations down.

“This puts organisations at significant risk; they are only as fast as their slowest moving department. With more and more companies looking to disrupt the larger organisations, transformation is needed much sooner than in three years’ time.”

UK improves opportunities for young workers, but faces longer term challenges from automation A third of UK employees ready to quit their jobs as half their time is spent on “work about work”