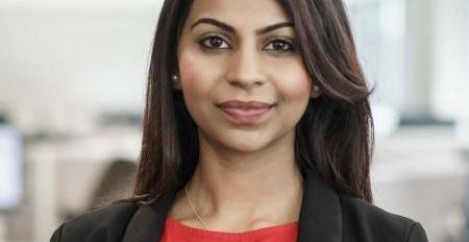 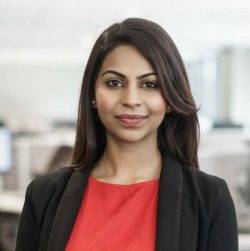 The UK could boost GDP by £43 billion if it reduces the number of young people not in education, employment or training (NEET) to match Germany, the best performing EU country. This is equivalent to a GDP increase of around £7,500 per 18-24 year old, according to estimates in PwC’s latest Young Workers Index. This year, the UK reached its highest position since the Index began in 2006, climbing to 18th out of 35 OECD countries from 20th last year. The UK’s improvement reflects lower youth unemployment and NEET rates as the economic recovery from the financial crisis has continued, but it still lags behind many other OECD countries, with Switzerland, Iceland and Germany leading the pack.

Performance is varied across England, due to differing labour market opportunities and levels of educational attainment. The south of England has the lowest NEET rates amongst young people at 12 percent in the South East, South West and East and 13 percent in London. This compares to 21 percent in the North East, 16 percent in Yorkshire and the Humber and the West Midlands and 15 percent in the North West.

John Hawksworth, chief economist at PwC UK, said: “It’s encouraging that the UK has improved young people’s job prospects significantly in recent years, but the levels of young people not in education, employment or training are still too high relative to top international performers like Germany with better vocational education systems. Regional disparities also remain a concern, particularly as poorer regions currently benefit from considerable EU funding. Ensuring this support is continued after Brexit as part of the government’s wider industrial strategy is essential if we want to continue to advance social mobility, jobs, training and education for young people across the country.”

PwC’s research claims that, by the early 2030s, up to 28 percent of the existing jobs of young workers aged 16-24 in the UK could be at risk of automation, but new AI-related technologies will create many new employment opportunities. Across the UK as a whole, 30 percent of existing jobs could face automation over the next 15 years. Ensuring young workers have the appropriate education and training to take on jobs will be crucial to maximising the UK’s long term economic potential.

Currently, nearly a quarter of 16-24 year olds (24 percent) in the UK are employed in the wholesale and retail jobs sector where the potential risk of automation could be as high as 44 percent. Workers within this sector also tend to have lower educational attainment and qualifications, potentially limiting their ability to move flexibly between industries and into new jobs in response to automation. Transport and manufacturing are other sectors facing high risks of automation, particularly for male workers with lower education levels.

In contrast, PwC analysis finds only around 5 percent of young people are employed in industries with a high requirement for science, technology, engineering and mathematics (STEM) skills, which could be long term beneficiaries of new digital technologies such as AI and robotics.

John Hawksworth commented: “Empowering young workers to succeed in an increasingly automated world will be crucial to the long-term success of the UK economy. The government has already taken positive steps in recent years with initiatives to boost vocational training and apprenticeships, but an increased focus on STEM skills will help to close the technology gap with leading international economies and maximise the economic and employment benefits of automation.”

Looking at data for a number of OECD countries including the UK, PwC found education levels are a large factor in determining who is most susceptible to the rise of automation. 50 percent of male young workers with GCSE equivalent or lower education are at risk of automation, compared to just 10 percent of men with university degrees. Women are on average estimated to be less susceptible to automation, with around 30 percent at risk for those with GCSE equivalent or lower education and 9 percent for those with university degrees. This reflects higher female employment in sectors like health and social care that are relatively harder to automate.

Jon Andrews, head of technology and investment at PwC UK, said: “Our research shows that the impact of technology advances on jobs will be felt more profoundly by some groups than others, with education level a key differentiator. As new technology advances bring innovation we need to be careful that the impact of this is progressive and does not create barriers. Businesses have a critical role to play in creating the jobs and helping the UK workforce build the skills of the future. The future success of the UK economy will rely not only on technology innovation, but crucially combining this with the right human insight and business understanding. At PwC we’re giving more young people the opportunity to develop technology skills in an environment that will help them build the broader experience they’ll need by creating a fully-funded technology degree apprenticeship with the Birmingham and Leeds universities.”