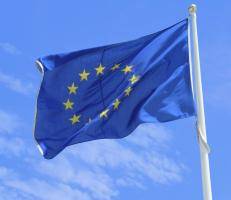 A new report from the British Chambers of Commerce shows that while the majority of businesses still favour the UK’s ongoing membership of the European Union, the majority would like to see significant changes in certain key legislative areas including employment law, health and safety regulations and regional development. The EU Business Barometer from the BCC gathered responses from around 4,400 firms of all sizes and from a range of sectors and found that over half (54 per cent) wanted changes to employment law, a similar proportion wanted changes to Health and Safety laws (46 per cent) and a third changes to policies related to regional development.

The businesses surveyed were asked to choose from five options:

Only 40 per cent favoured full withdrawal from the EU, but only 15 per cent chose to remain in the EU with no changes. The scenario stated as ‘Remain in the European Union, but with specific powers transferred back from Brussels to Westminster’ received the highest positive impact rating, with 64 per cent. This scenario also received the lowest negative impact rating, with 11 per cent.

Commenting on the results, John Longworth, Director General of the British Chambers of Commerce, said, “These results say a lot about the UK business community’s attitudes towards Britain’s relationship with the European Union. Companies believe that re-negotiation, rather than further integration or outright withdrawal, is most likely to deliver business and economic benefit to the UK. There are some striking features in our survey of business opinion. 42 per cent, a plurality, now believe that maintaining the status quo in Britain’s relationship with the EU could have a negative impact on our economic interests – nearly three times as many as the 15 per cent who view the status quo positively. These findings suggest that UK businesses increasingly feel that some sort of change to Britain’s relationship with the EU is needed to boost our trading prospects.

“We now have confirmation of what we’ve suspected for some time: namely, that employment and health and safety are the areas where companies would like to see legislative competence return to Westminster from Brussels. From a business perspective, any re-negotiation of Britain’s relationship with the European Union must therefore focus on these areas which are not integral to the functioning of the Single Market in goods and services.”