UK labour productivity continues to flatline in spite of upturn 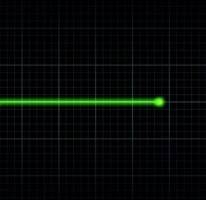 UK labour productivity continues to flatline in spite of the recent economic upturn, according to a new report from the Office for National Statistics. Overall productivity as measured by output per hour fell by 0.2 percent in the fourth quarter of 2014 compared with the previous quarter. In 2014 as a whole, labour productivity was little changed from 2013, and slightly lower than in 2007, prior to the economic downturn. As ever, the devil is in the detail. There were notable increases in productivity in both manufacturing and construction but the modest gains in service industries obscure the fact that there is a great deal of variation across sectors and also the fact that any gains reflect a greater number of hours worked rather than an increase in the overall number of people employed or their underlying productivity. 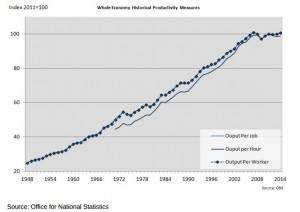 This edition contains revised historical estimates of labour productivity back to 1948, consistent with revisions to National Accounts introduced in Blue Book 2014. These estimates show that the absence of productivity growth in the seven years since 2007 is unprecedented in the post-war period. Despite weak productivity growth, unit labour costs have increased only modestly, by less than 1 percent per year on average over the last five years. This reflects low growth in labour costs per hour worked.