Commenting on the findings, former Minister for Trade and Investment and ex MD of Waitrose, Lord Price says, ‘what is perhaps most striking is that eight of the countries which sit ahead of the UK in tenth place also sit above the UK for productivity, where the UK is a global laggard.  In a post Brexit free market, open trading, world improving our productivity through having a more engaged and happier workforce will become even more vital if we are to become globally competitive.’ 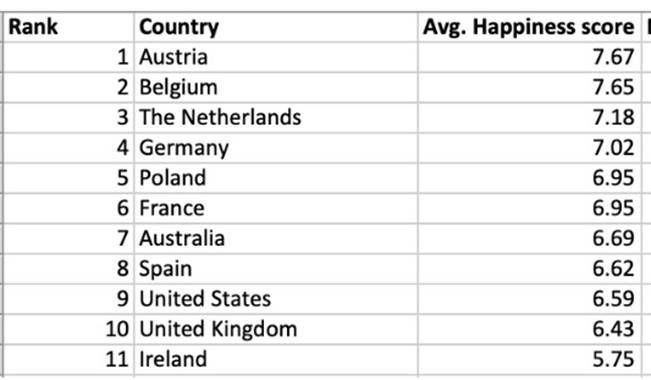 On a positive note, the UK’s workplace happiness is on an upwards trajectory with it increasing in 2018 compared with the year before.  There are also areas where the UK scores above the global average, in information sharing, development and having sufficient resources.  But the UK is lower for: pride in our organisations, feeling respected, fairly rewarded, views being heard, doing something worthwhile and workplace relationships.