US wellness programmes failing to impact the bottom line 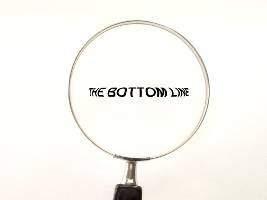 A new study from researchers in the United States has indicated for the first time that the benefits of workplace wellness programmes may not be reaching the bottom line of organisations as much as is commonly claimed. The results of the research were published this week in the peer reviewed Health Affairs journal. The researchers followed a wellness programme at a hospital in St Louis and found that, while the numbers of hospitalisations for employees and their family members fell by over 40 per cent on a specific set of conditions, the savings were more than offset by the increased costs of the scheme.

While there are clear and obvious structural differences in the provision of healthcare in the US and UK which means that the results cannot be interpreted in the same way on this side of the pond, there are clear implications for approaches to wellness in the US, where many have already criticised employers for involving themselves in what they consider the personal business of employees.

In the US, most major companies now have some form of wellness programme which typically involves incentivising or obliging employees to look after themselves better to reduce absenteeism, increase productivity and reduce insurance costs. However the new research may throw doubts on the claimed business benefits according to researchers.

“The immediate payback in terms of cost is probably not going to be there,” said economist Gautam Gowrisankaran of the University of Arizona at Tucson, lead author of the study. While he notes that the study did not take account of reduced levels of absenteeism and higher productivity, he highlighted other risks. “It’s definitely true that there is a downside. You are going to be charging people different rates based on their wellness behaviour, and that could limit their ability to buy health insurance.”

The new research focused on six lifestyle based conditions: high blood pressure, diabetes, heart disease, chronic lung problems, serious respiratory infections, and stroke. Employees had to join the programme in order to qualify for a generous level of health insurance and then participate in a health risk assessment that included measures of height, weight, blood pressure, cholesterol, and blood sugar levels. They pledged to maintain a healthy diet, stop smoking where appropriate  and exercise regularly.

The results were the large drop in hospitalisations for the six tracked conditions counterbalanced by increased costs for medication and outpatient visits. When those were added to the cost of the wellness initiative itself, the report concluded there was no net benefit for employers.