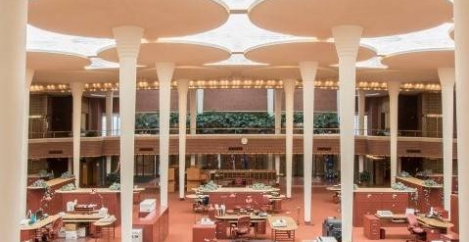 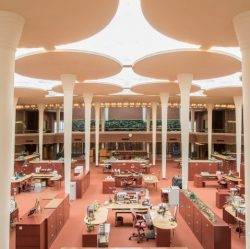 There is a witch hunt on in the workplace. “Open plan” has become a dirty word and the national press are leading the mob in vilifying this so-called scourge. The Guardian, The Independent, The Telegraph, The Daily Mail and Business Week have all reported that “we can’t get anything done in an open-plan office” as it affects our concentration, our performance and our health. These news items are all damning, but perhaps not as damming as the Wikipedia entry on open plan which states: “A systematic survey of research upon the effects of open plan offices found frequent negative effects in some traditional workplaces: high levels of noise, stress, conflict, high blood pressure and a high staff turnover… Most people prefer closed offices… there is a dearth of studies confirming positive impacts on productivity from open plan office designs”.

The latest attack on open plan appears to be the consequence of three recent(ish) reports:

Gensler’s U.S. Workplace Survey (2013) of 2,035 randomly sampled knowledge workers found that “only one in four U.S. workers are in optimal workplace environments. The rest are struggling to work effectively, resulting in lost productivity, innovation, and worker engagement”.

Jungsoo Kim and Richard de Dear’s (2013) re-analysis of a U.S. survey of 42,764 respondents concluded “our results categorically contradict the industry-accepted wisdom that open-plan layout enhances communication between colleagues… This study showed that occupants’ satisfaction on the interaction issue was actually higher for occupants of private offices”.

A fresh look at the facts

So, assuming we are not all going to be given a luxurious corner office suite, we might as well pack up and go home now. Or we could take a deep breath and look at the facts presented in a little more detail than the sensation-seeking hacks at the national press.

In detailed studies like the Danish report I always look for the confounding variables; like a statistical sleuth I seek what they may have missed. The Danish study is pretty thorough and they do control for variables such as obesity and smoking, however I did spot that significantly more of those in private offices are “higher white collar” workers compared to those in open plan. I presume this difference in socio-economic status is reflected in salary, reward, respect, trust, freedom etc. I can’t help but feel the background and role of the people in offices will have more impact than their location, especially as the absenteeism rates in the report are based on self-reporting and recall. The line in the Danish report that I least understood was “as sickness absence is a rare event, Poisson regression was used to model the number of self-reported sickness absence days”. So despite me being about to dis the report for using self-reported absenteeism which is highly subjective, it seems the absenteeism rate was a prediction, an estimation, and not actually reported. 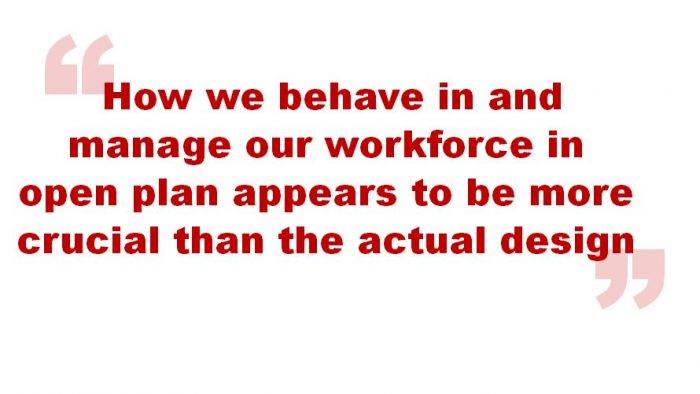 The Danish authors list the possible causes for increased absenteeism in open plan as: noise, viruses, ventilation, privacy and psychosocial. They actually dismiss in turn the physical causes and focus the psychosocial work environment. The authors explain that absenteeism may be related to the presence of other humans and a reduction in autonomy as “the absence of physical boundaries will increase the likelihood that co-workers and leaders will interfere with the employees’ discretion and freedom to work”. This lack of autonomy may be a stressor and therefore be a contributing factor to sickness absence. I suspect autonomy will correlate with being allocated a private office. But, in summary what they actually found is that how we behave in and manage our workforce in open plan appears to be more crucial than the actual design – which hopefully we all already know and understand.

The Gensler report is a longitudinal study comparing survey responses to focus and collaboration effectiveness etc. Despite the interpretation of the press, the report does not directly compare the responses of private offices and with open plan ones. It’s a thorough report with some great insight, but the only reference I spotted to open plan was to a report on density by CoreNet Global: “from 2010 to 2012, the average square foot per person dropped from 225 to 176. This number is predicted to drop to as low as 100 sf/person by 2017”. Confusing issues with increased occupational density with open plan workplace design is a common re-occurring mistake – but not all open plan environments are high density.

The Australian’s rework of the U.S. data is impressive and again offers valuable insight into workplace design. The first thing I noticed is that only 6.7% of the respondents work in “true open plan” whereas 60% reside in cubicles. The study showed that overall satisfaction was higher in open plan offices than cubicles, for example “in general, cubicles with high partitions reported the lowest occupant satisfaction across 13 out of 15 of the IEQ factors”. The ease of interaction is higher in open plan than cubicles and open plan appears to offer better sound privacy and noise levels than cubicles. Using regression analysis, the authors conclude that noise and privacy are the key variables but their regression analysis clear shows that the “amount of space” has the highest variance (explains the responses). So, again density appears to be a confounding variable when exploring open plan offices. 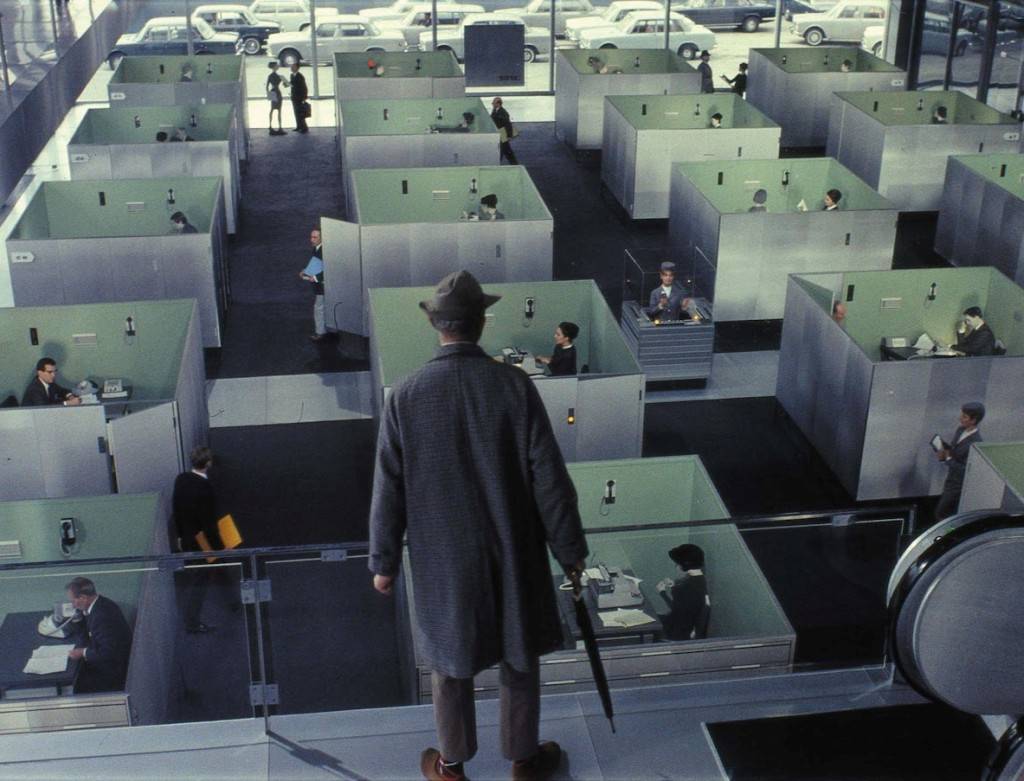 So the interpretation by the press of the U.S. data is actually a commentary on cubicles rather than open plan per se. I appreciate I may be arguing semantics, but Dilbert style cube farms are a long way from Bürolandschaft, the origins of good open plan design with commendable intentions. In my own research, mostly case studies, I have witnessed good open plan design resulting in high levels of satisfaction, motivation, performance and staff morale. The case studies of Australian workplaces presented at the Workplace Trends conference provide more evidence of open plan working well. Nevertheless, I have also observed poor open plan design with dire consequences on staff satisfaction. The contrast in results is because open plan is not a single absolute variable, it is multivariate and should be treated so.

On the physical side, open plan varies by: occupational density, level of partitioning, height of desk screening, desk size, floor to ceiling heights, layout of the space, floor plate size, workstation clusters, arrangement of primary and secondary circulation routes, ratio of on-floor support spaces (breakout, meeting, refreshment, focus rooms etc), lighting, ventilation system, colour, artwork, branding and so on. More importantly open plan offices vary by organisational factors such as: role and job function, team size, management style, sector, autonomy and responsibility, work hours, salary and reward, career path and so on. If one aspect of open plan does not work, we cannot generalise that all open plan offices are bad. It is the individual elements of open plan that cause problems not the overarching design concept.

As mentioned above, open plan is associated with high density. Indeed, densely occupied offices crammed with rows of desks, little support space, over-loaded building services, poor noise control etc will lead to poor satisfaction and possibly a drop in business performance. But this was not the intention of the landscaped office environment (Bürolandschaft) with its array of work-settings plus interesting and somewhat spacious layouts. I have even overheard workplace consultants claiming that good open plan working environments take up more space than cellular offices.

So let’s not mix up open plan design with high density, but that doesn’t mean that high density is always wrong. Consider call centres and trading floors, these high density working environments facilitate the core activities within them. The density facilitates a buzz and energy that is a prerequisite of such workplaces. However, these environments usually offer good facilities and support spaces, have excellent building services and, if a large floor plate, usually have higher ceilings. The mistake is made when it is assumed that such environments suit all workers and that smaller desks laid out in long and efficient rows is conducive to their work.

Now I have to caveat all of the above. I don’t want to come across as an ambassador for open plan offices. In the UK we are certainly creating open plan offices that focus too much on team interaction with little regard for concentration and solitude. But my point is that “open plan” should not be a dirty word – it is the misguided application, misuse, lack of management, poor design and low-cost execution of open plan offices that is the demon, not the original principle and intentions. Let’s not kill off open plan just because we have misinterpreted it and adapted it to be cheap and nasty diluted version of the original concept with all the best bits taken out.

Nigel Oseland is an environmental psychologist, workplace strategist, change manager, author, and founder of the Workplace Consulting Organisation and Workplace Unlimited and one of Europe’s leading writers on workplace issues. This comment was originally posted on his own blog which you can find here along with a wealth of other ideas, information and thought leadership.