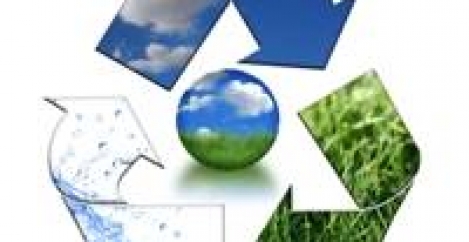 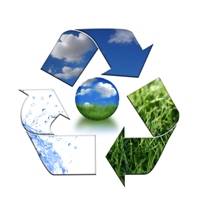 For some years there has been a growing awareness of the need to improve the environmental performance of buildings. This is closely linked to both the Government’s own international commitments to reduce carbon emissions by 80 percent over the next 35 years and the need of organisations to act ethically and cut costs while they’re about it. Buildings are important in this regard because of their impact on the environment (and the bottom line). According to The Carbon Trust, buildings produce around 37 percent of the UK’s total carbon emissions, 40 percent of it from commercial buildings.This is commendable stuff but the real problems arise when it comes to meeting such laudable goals in practice. We are learning all the time about how to achieve the best results and we are helped in that with the availability of a number of increasingly sophisticated building environmental standards.

The most high profile of these in the UK (and increasingly in other parts of the world) is the Building Research Establishment’s Environmental Assessment Method (BREEAM). According to the BRE there are now around 425,000 buildings with certified BREEAM assessment ratings worldwide and another two million registered for assessment.

Widespread it may be, but BREEAM has also been the subject of criticism. The two most common complaints are firstly that the privatisation of the BRE may have skewed it towards an unhelpful commercial standpoint. Secondly, and more importantly, some have complained that BREEAM can give far too much credit given to peripheral or even useless environmental aspects of building design. In the past these have included such as the addition of bike racks and recycling systems, diverting focus from more important elements such as lighting, building controls and water consumption.

The past seven years have seen the BRE address these issues with a number of revisions. It has also introduced a greater focus on fit-out. In 2008, for example,  it made post construction reviews compulsory, placed greater emphasis on energy consumption and set maximum levels for energy and water usage as well minimum requirements for material selection. These changes had the effect of raising the bar for everybody by introducing an “outstanding” category to recognise buildings that surpass a score of 85 percent according to its own scorecard compared to the original highest rating of “excellent” with a minimum rating of 70 percent.

Last October, the BRE launched the latest addition to the accreditation. The (BREEAM) Refurbishment and Fit-Out 2014 standard had been in development for around  two years, a period which included consultations with some of the UK’s largest commercial property occupiers including Lloyds, Boots, Legal & General and The Green Investment Bank. The standard was also tested on a simulated refurbishment project at the BRE site and achieved, in the words of the organisation,  “significant savings as well as many other positive learning outcomes”.

BRE claims that the scheme’s flexibility is derived from a new four-part modular approach, giving a range of certification options. Part one deals with the building fabric and structure. Part two is concerned with core services such as mechanical and electrical features of the building. Part three deals with local services and part four with interior design. Refurbishment and fit-out projects can be assessed against one or all of the four parts, or any combination, depending on which are relevant to a particular project. The scheme also introduces assessment criteria that have been adapted for refurbishments and fit-outs to reflect the split between tenant and landlord responsibilities and the limitations and opportunities for improving existing buildings. The BRE is already carrying out a consultation on the standard so they can bring it up to date based on real life examples of best practice.

Yet whatever developments are introduced to the accreditation there are always critics. At around the time the BREEAM refurbishment and fit-out standard was introduced last year, this feature appeared in the Financial Times, which encapsulates the two major constraints on the usefulness of BREEAM in particular and environmental standards in general. The first is that what may be effective in terms of sustainability in one building or situation is not necessarily the right solution somewhere else. The second is that it must be paralleled by changes in the way people use the building.  “Leave a door open and there’s no point” as the article puts it.

The upshot is that BREEAM should not always be followed slavishly, unless there is a pressing need to achieve a specific accreditation, for example to meet the demands of a local authority as part of a buildings strategy. It is invariably useful as a framework for the creation of a sustainable building design,  but each project must be judged on it own merits, based on its own circumstances and align with the culture of the organisation that will call it home.