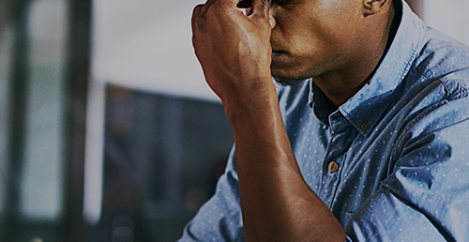 Wellbeing at work was falling even before the lockdown 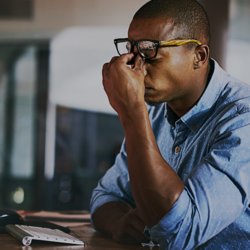 Work has made our wellbeing worse over the last two years, according to new research from the CIPD. A survey of more than 6,000 workers found the number of people saying work has a positive impact on their mental health has fallen from 44 per cent to 35 per cent. Not only does this highlight that employers haven’t done enough to tackle the issue to date, according to the CIPD,  it raises concerns about the further impact COVID-19 could have on people’s wellbeing, given many are worried about contracting the virus at work, losing their job or bearing the brunt of other cutbacks by their employer.

The CIPD, the professional body for HR and people development, has released its annual Good Work Index report. It assesses seven measurements that it says contribute to job quality over the long-term, including: pay and benefits, contracts, work–life balance, job design, relationships at work, employee voice and health and wellbeing.

The report highlights that as the COVID-19 crisis was about to hit the UK, there were already red flags about the impact work was having on wellbeing. As well as the general downward trend in work-related health, a number of workers said they were always or often at work:

A third of people (32 per cent) also said their workload is too much in a normal week and a quarter of people (24 per cent) say they find it hard to relax in their personal time because of work.

The CIPD is warning that the COVID-19 crisis is only likely to heighten all these issues and an updated snapshot survey with 1,001 workers confirms this.

In response, the CIPD is recommending that employers promote healthy working practices, for example:

Jonny Gifford, Senior Research Adviser at the CIPD, said: “Even before the COVID-19 pandemic struck, work was becoming worse for our health. This is the complete opposite of how it should be – work can and should have a positive impact on people’s lives. As the full scale of the economic crisis unfolds, the outlook looks even bleaker. We’ll likely see employers trying to do more with less, which will only increase people’s workload and the pressure they are already under. Many people will also be worried about losing their job or living on a reduced income.

“While the Government is right to focus on protecting as many jobs as possible, it should also be encouraging employers to look at job quality. Not only is there a moral imperative to do so, but if people are happy and healthy in their jobs they also perform better, take less time off and are less likely to drop out of the workforce. In the long run, this will help us get on the road to economic recovery sooner.”

Right, said Fred. Here I am again Brits are among the most fervent remote workers during the coronavirus crisis