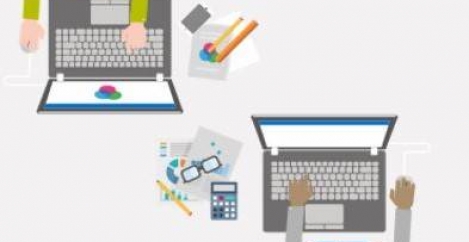 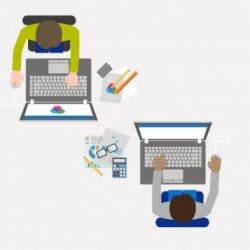 A sense of purpose remains the top priority among ‘Western’ millennials from the United States, United Kingdom, Germany and France; but in the largest emerging economies, including China and India, salary and career advancement remain the most important job criteria, according to the Global Shapers Annual Survey for 2016. While the US, UK and Canada lead the list among young people who would like to live abroad to advance their careers, the United Arab Emirates and China are the most preferred emerging-market countries, the survey from the World Economic Forum survey claims. They came in at 11th and 12th place, respectively, ahead of the Scandinavian countries, all other BRICS (Brazil, Russia, India, China and South Africa) countries and Singapore. One reason for the strong performance of the UAE may be the good prospects for landing a job in the country. While 34 percent of millennials globally identified the lack of economic opportunity and employment as one of the three most serious issues affecting their country – making it the biggest issue of concern after corruption –only one in 10 of the UAE respondents said they see unemployment as a serious issue.

The survey, organised by the Global Shapers team of the World Economic Forum, asked some 20,000 millennials aged 18-35 about a wide range of issues concerning business, the economy, politics, technology and values. Respondents from 187 countries and territories took part in the survey, with most coming from China, the United States and India.

“The UAE’s appeal lies in the enviable fact that the country is increasingly synonymous with an attitude that nothing is impossible,” said Adeyemi Babington-Ashaye, Head of the Global Shapers Community of the World Economic Forum. “The UAE combines excellent opportunities for young people and start-ups with a competitive economy and sends a clear signal that, if you want to build the future, come and build it in the UAE.”

Another reason that explains the success of the UAE may be that, globally, more millennials value salary (54 percent) and career advancement (46 percent) – criteria for which the UAE job market is typically well regarded – over a sense of purpose and impact on society (37 percent) in their job.

As a whole, the Middle East and North Africa (MENA) respondents were among the most optimistic about the future impact of technology on jobs, another factor which may explain the attractiveness of countries in the region, including the UAE. Ninety per cent of MENA respondents said they believe that technology is more likely to create than destroy jobs in the future. Only in China (96 percent) and the wider East Asia and Pacific region (93 percent) do more millennials believe that technology will create jobs in the future.

Moreover, young people in the MENA region said they see the presence of a start-up ecosystem and entrepreneurship (50 percent) as “most important” for youth empowerment – making it more important than any other factor. A fair and just system (36 percent) came in second; and free (social) media (33 percent) third. Transparency in governance (27 percent) and opportunities in politics (25 percent), topics that surfaced in the region during the Arab Spring, fell off the podium.

On the flip side, young people in MENA are the least enthusiastic among youth globally about a career in the public sector. Twice as many respondents said they see a job in public service to be very unattractive (25 percent) as those who see it as very attractive (10 percent). The only region with comparable results was sub-Saharan Africa. In East Asia (mostly China), a majority of respondents said they see the service sector as attractive (56 percent). In South Asia (including India), the figure was 50 percent; in North America (including the US) 41 percent; in Europe 39 percent; and in MENA only 34 percent.

MENA is also the region where most youth prefer to be independent workers or entrepreneurs: more than one-third of MENA youth (37 percent) said they would rather work for themselves. In all other regions, that number is closer to one-quarter or even one-fifth. In countries like India and China, youth prefer to work for a multinational company.