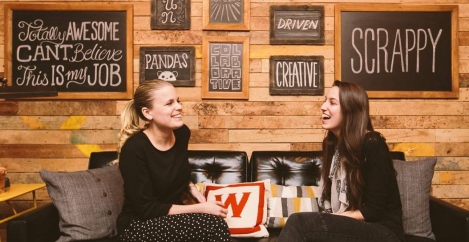 WeWork, false narratives and the superstate of office design 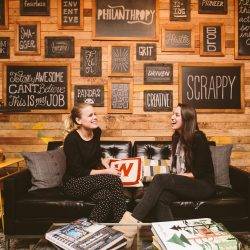 So, WeWork then. As the dust settles on whatever has happened, some lessons may be emerging. Many of them are presented in this comment in The Economist and this piece in The Intelligencer in which Scott Galloway of NYU Business School claims that the problems have been evident for a long time. He doesn’t hold back.

[Adam Neumann} and [investor] SoftBank entered into a suicide pact, and he jumped out of the plane before it hit the ground. He pulled the rip cord. He has exited the suicide pact with $740 million, and everyone else gets to ride this out to its logical end, which will likely be a bankruptcy file…

They’ve got it wrong. Adam Neumann came in, smoked his own supply, and walked out with three-quarters of a billion dollars about the time that people in hazmat suits showed up. It’s like the guy at Chernobyl who refused to believe what was going on was given three-quarters of a billion dollars to leave before shit got real. That’s what happened here. So, he and his family will literally have to go into hiding. There will be threats against his life. There’s going to be so much anger here.

Other commentators have focused more on the consequences for those left behind, including the world’s property markets. Crain’s considers the possible fallout for New York here while a piece from The Guardian over the weekend looked at the possible outcomes for London’s landlords.

If WeWork were to fail, the tremors would be felt throughout the property industry, particularly in the UK. Why? Because WeWork has quietly become the largest private tenant in London, as well as extending its reach beyond the capital to Birmingham, Manchester, Edinburgh and Cambridge, with 60 offices nationwide. Only the UK government has more office space in the capital.

In the past five years, it has signed lease agreements for 344,000 sq metres (3.7m sq ft) of office space – more than seven times the floorspace in the Gherkin tower in the City financial district.

Others have focussed on what the future holds. As this article from The Economist suggests, whatever has happened with WeWork there has been a shift in the office market to which we must all adapt. It’s a point picked up in this commentary from CBRE, who conspicuously avoid the use of the term coworking as much as they can, preferring to focus on flexible and agile space. The King is dead. Long live the King.

A superstate of past and future

The shift is not just about the nature of office occupancy but the spaces themselves. But here too, we need to be wary of falling for the hype and ‘copying Google’ as Ben Waber puts it in this piece.

As Neil Usher points out here, we should acknowledge that new ideas are often recreations of old solutions because the common factor in the design of space is consistent. It is all about people, and no amount of headlines about Millennials will change the fact that not only are the current five generations in the workplace more similar than we are typically told, they’re not that much different to the ones that developed fire, farming and the wheel either. Hence the superstate of past and future Neil describes.

We shouldn’t buy into the hype around modish ideas too much. This is as true for the ‘gig economy’ as it is WeWork and Millennials. Two linked pieces in The New York Times and Human Resource Executive make the point that the numbers don’t support many of the assumptions we make about gig work and that the real world has a habit of intervening in ways that don’t fit the narratives.

The role of the media

Many of these narratives are fomented in the media and it often becomes apparent that greater coverage of academic research could have added the elements of doubt and complexity that would have added at least some nuance and sophistication to what is commonly assumed about certain subjects.

The problem is that a lot of the detailed studies don’t enter the narrative stream because they’re not produced to be tossed into it. They’re produced for other academics to discuss or ignore in a bubble.

As Matthew Tucker argues in this LinkedIn commentary…

Disseminating research outside academia, rather than staying inside the academic comfort zone, is a constant challenge. It takes time to replicate, edit and adapt, but it is worth it. Parallel publication of research, through blogs, social media, industry reports, professional bodies, and so on, are the way forward if you want people to really see it, relate to it, and even use it.

But it’s not only about where to share research, it’s also about how you write it. Academics shouldn’t use the same style for a scientific journal paper in a LinkedIn post, for example. It’s the simple rule about knowing your audience, something academics preach on a regular basis to students, but perhaps don’t always lead by example.

A good example is provided by this seemingly excellent piece of research from Caroline Knight and Sharon Parker which delves into the mysteries of how work design affects performance – the essence of all we cover on Insight. This study is essential, but so too is the entry level introduction to the issues it addresses. It would be a shame to see it gathering dust.

The challenge is how to maintain credibility and retain the nuances of the argument without resorting to clickbait and dumbing down. The issue of how to write a great scientific paper is addressed by the novelist Cormac McCarthy here. The lessons are relevant for all writing but it would be great to see greater exposure given to academic study by making it more accessible. Maybe that way we can avoid the sorts of hype driven narratives that contributed to the problems at WeWork.