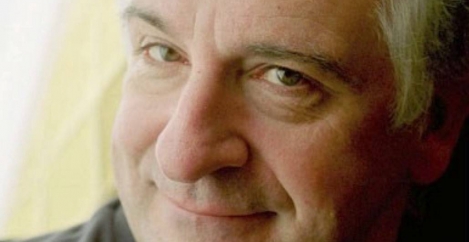 A sophisticated eye on workplace design 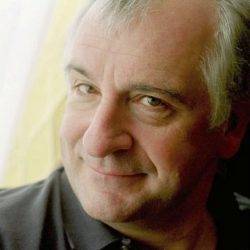 Each day you can generally find somebody or other sharing their thoughts on ‘the office of the future’ or ‘the death of the office’. My view is that you should steer clear of taking most of this sort of stuff head-on, on the basis that hardcore deskheads have heard most of it before and already concluded that there are more important things to worry about in a fit-out than what a pool table and a second hand armchair tells us about workplace design.

Since I first tried banging on about this sort of thing in the mid 1990s, a period of time which saw a great deal of feverish speculation of this sort, an innocent world in which you still had to explain what you meant by ‘hot desking’ rather than sneer at the term and before we had all learned how to spell Millennium, I’ve learned how naïve the debate can be. Whatever the business case, whatever the legislation, the demands of employees and whatever the potential of the technology, the workplace is valued far too much to be disposed of completely.

I’ve tended to frame my thoughts on this with reference to an idea stolen from The Hitchhiker’s Guide to the Galaxy (and not for the first time) by the great Douglas Adams which states that the history of every major civilisation tends to pass through three distinct phases; those of survival, inquiry and sophistication. The first phase is characterised by the question ‘how can we eat?’, the second by the question ‘why do we eat?’ and the third by the question ‘where shall we have lunch?’

I think the comparison is clear. At the most basic level, owning an office is largely about survival. You need to have an office because you need somewhere to work. It doesn’t really matter that much what it’s like, so long as it doesn’t cost too much and it provides a basic level of comfort and a rudimentary sense of style. Maybe not what you’d consider style, but if we all enjoyed the same internal quality control systems we’d never have heard of The Killers.

At the enquiry level, people question what they expect from their offices or even why they need an office at all. This question is not as prevalent as it once was, so the inquiry stage is nowadays largely about what to expect from the workplace. This is the mindset that frames the debate about what is happening with the tech giants and a growing number of other firms who are questioning the accepted narratives about the office and workplace design.

Then, at the most sophisticated level, we have a group of buyers who know exactly what they expect, take it for granted, act on it, don’t mind paying for it if necessary and then just get on with the business of whatever it is that they do.

These varying types of demand clearly find their mirror images in the supply of products and services. Put at its most crude, we have at one extreme a market that sees what it makes as a commodity, scraping along a baseline of poor to adequate design and quality but at a good price. At the other, a market that addresses the needs of customers that see workplace design and managementas something beyond price.

Both suppliers and buyers in this market are concerned with aesthetics but also space efficiency, knowledge management, corporate identity, churn, productivity and staff retention. If there’s a business case for a system that outweighs price considerations, that system is what they will buy. If they like something for the way it makes them feel, then that is what they will buy.

It would be nice to think that the whole workplace design sector would be square behind this design-led and added value proposition, that most firms would rather not get themselves embroiled in a long term price-fight that they can only end up losing to people with lower costs and a willingness to make things a little bit cheaper and a little bit worse. It would also be nice to think that every firm would look to talk up the industry whenever it could, through magazines and events and exhibitions and all the other opportunities it has to communicate to its customers.

Of course, a large part of the sector actively does this. But I still think there is too much negativity, too many people sniping at their own contemporaries and competitors, at the media and events, at individuals. In so doing, they are damaging the industry upon which they rely. They are sawing off the branch upon which they themselves are sitting.

A too large part of the industry needs to be more positive and it needs to be more sophisticated in the messages it sends out. It needs to do this not least because buyers themselves are becoming more sophisticated. Customers may not necessarily know at which of Douglas Adams’ three stages they currently are with regard to their workplace, but they do at least understand at some level that they can always do things better. And that includes the desire to work in surroundings that do more to support their business.