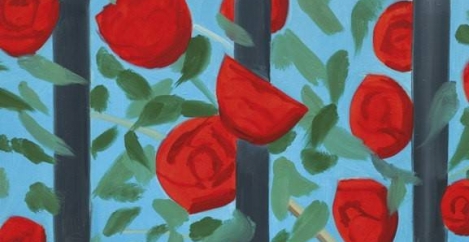 What is in a name for the UK facilities management sector? 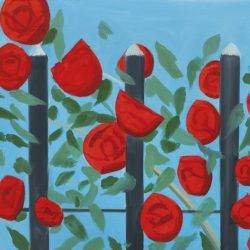 Westminster. Home to fiery debate, unwavering scrutiny, calls for change, and cries of “Order! Order!”. Once again, RICS’s HQ, on Parliament Square, was jam-packed with a passionate and feisty crowd, panellists and audience alike, all set on pushing the industry conversation forward. While some were keen to maintain order during FMJ’s most recent RICS-IFMA debate concerning facility management’s place in the 21st century, others were set on redefining FM in order to pinpoint what this yet unestablished definition means for the future of the profession.

With the many changes affecting the sector, including digital disruption, ever more flexible working patterns and the realisation that the workplace can have a massive impact on performance and wellbeing, FM continues to stand in the spotlight. And it’s beginning to sweat. It seems those working in and on the periphery of the profession are divided when it comes to tackling the most pressing questions of the day:

Depending on the side you sit on, the calls to redefine FM either stem from an identity crisis, from the industry’s passion to relish a new opportunity, or from a failure to define FM for the last quarter of a century – or all of the above. Whatever your stance, it appears FM has a branding crisis. Panellists at RICS HQ were divided. Audience members were divided. And those reading this event report will probably be divided, too. Some will nod their heads along with the narrative, others will be furious at the mere suggestion. Thanks to Sodexo’s Deborah Rowland and her exquisite chairing skills, everyone was kept in order! order!

The search for meaning

Before I channel my inner Derrida – a philosopher obsessed with unravelling the meaning of things – here is the current ISO definition of facility management:

“Organisational function which integrates people, place and process within the built environment with the purpose of improving the quality of life of people and the productivity of the core business.” (ISO 41011:2017 3.1.1)

So, to start, does this definition need to be updated?

No, said Martin Pickard, president of the International Facility Management Association (IFMA) UK Chapter. Although not entirely comfortable with the above definition, it’s nearly there, in Pickard’s mind, and his resounding “no” ricocheted off the Westminster walls. Next year marks the FM Guru’s 50th FM anniversary. In that time, the role of FM hasn’t changed, he told delegates. “The role of FM is and always has been to understand the needs of organisations and their people, and to support the people and the places that will help those organisations succeed,” he said.

Offering more context, Pickard told the audience that modern FM began in the 1970s, and that it stemmed out of the need to develop better workplaces. In fact, it was the Herman Miller initiatives that drove the creation of IFMA, which Pickard now champions here in the UK.

“Workplace has always been part of the FM agenda,” he continued. “It’s there within everything we do. If we redefine it as ‘workplace’, we neglect a lot of other areas – people running football stadiums, retail environments, education campuses, hospitals. If we only focus on the workplace, the industry will fail.”

HOK’s Trina Marshall argued that the obsession to nail this definition will be to the industry’s detriment. “To really unlock all of the value chains that lie within an organisation, we have to look transversally at all the elements of the built environment, and how they relate upstream and downstream in line with the opportunities available,” she said. “We shouldn’t continue trying to define it. We should have a growth mindset, and that means we should not limit our thinking with definitions.”

In opposition, Sheffield Hallam University’s Owen Gower pointed to the problem with FM’s lack of an identity. “Potential clients, users, stakeholders and talent – they need to know what we’re about,” he said. “When I talk to people, I don’t say I work in FM; I say I work as a built environment property consultant. It doesn’t describe what I do exactly, but it is something they can hang their hat on and recognise. And those are the people that matter. This definition isn’t an egotistical thing; it’s about getting that message to different people.”

Gower reminded fellow panellists that to a lot of people ‘the workplace’ means ‘the office’. “That’s trying to redefine a word in the English language,” he said. “Focusing [on this topic] is important, it’s something we should do, but focusing on workplace – maybe not.”

For Andrew Mawson, director of Advanced Workplace Associates (AWA) and creator of Workplace Week London, the FM/workplace debate is a strange one. He believes language is getting in the way.

“FM tends to be thought of as an operational discipline,” he explained. “It’s a really important operational discipline –  but to many, it means managing the environment and focusing on the building. Whereas, the world of ‘workplace management’ is about designing and delivering multi-faceted, minute-by-minute, multi-sensory experiences that create an emotional response. It encompasses thinking about journeys and destinations, the fusion of space, information, and services – and how these reflect organisational personality, support human effectiveness, and lure in talent.”

Pickard agreed with the sentiment but deemed Mawson’s labelling as incorrect. “My generation has failed if people still think FM is about the built environment. Successful facility managers have collaborated with other disciplines, embraced new tech, and applied strategy to support the organisations they serve,” he said. “The role of FM hasn’t changed, but how we do it has changed. We have to change what we do to reflect the needs of the organisations that we serve.”

And that, it seems, is the one thing we can all agree on. ‘FM or ‘workplace management’, whatever you want to call it, has to be promoted and strengthened as a business-critical offering – both in and outside of our communities.