What Shakespeare’s Henry V can teach us about flexible working 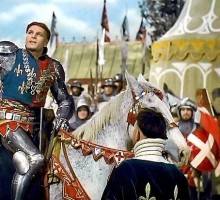 Why are so many of us preoccupied with the status that having an office brings? They say it’s lonely at the top. Well, that loneliness often starts with the social exclusion of being in an office. Why would you not want to be in with the in-crowd, to be with your own team of people and the go-getters who are making a difference to your organisation? Why not be where the action is at the working coalface of your organisation? Stuck in your office, you can feel like a kid in the corner of the playground, wondering what the others are whispering about. Some of us want an office because we believe it shows our peers that we have made it; that we have reached the upper echelons of our corporate management structure and become an acknowledged achiever. We want an office so that we can preen to others, but that doesn’t automatically make for better managers, leaders or companies.

Shakespeare knew his leaders. Consider Henry V. I think it highly unlikely that a modern-day Prince Hal would be queuing for an office. He’d be right there sitting in the open plan desking, laughing and chatting with the team, learning all about their foibles -and he’d be the one causing you the commotion so that you’d have to put your headphones on. He’d be gaining the team’s trust, encouraging the staff, understanding the business challenges and earning their respect before making that transformation to senior management and leading the corporate machine. Hal would be using team spaces effectively, striding round the room, moving furniture, leaping at smart boards, and, no doubt, sometimes sleeping on the comfy breakout seating.

One manager I know has taken the unusual step of declining an office when offered it.  Partly because he liked being with his team, and partly because he wasn’t in the office  often enough to warrant it and didn’t like the thought of it sitting empty. Instead, he actively encouraged his team to use the space as a meeting room or project space -and woe betide anyone who tried to use the space as their own office when he wasn’t  there. The benefit of this has been a more engaged team who not only can see their  boss pulling his weight when he’s in the office, but also they have a greater appreciation of his workload.

So I suggest that those climbing the career ladder consider why they need an office. Are you happy to sit in your little room while your team sit outside the door? If your argument is just that open plan working is noisy and lacks confidentiality, then invest in good workplace design, decent acoustic pods and use the spaces that were offices as meeting rooms for all, rather than the select few. Lead by example by sitting in the open plan area, and moving into a meeting room or pod for that private chat. Offices really are not all they’re cracked up to be, so be careful what you wish for.

Julia Johnston is a commentator on workplace issues and an independent consultant with Venture Spaces and was formerly a practising facilities manager.