What workers really want from their offices? The basics. 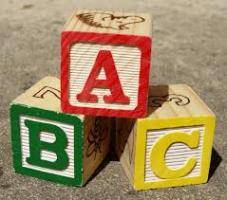 So what do people really want from their offices? It’s a question that has tasked the minds of researchers for many years. According to a recent survey from Overbury, the ideal office design seemed to be a Starbucks, but a new report from the British Council for Offices suggests that what people want isn’t actually that much. Top of the list of priorities for the 1,200 or so people surveyed were fast Wi-Fi, comfortable surroundings, a convenient location and a decent, if unspectacular, fit-out, although responses varied to a certain degree across age groups and sectors. Is that really too much to ask? And are the pool table and the slide absolutely necessary?

The BCO report, What Workers Want, was co-produced with Savills and surveyed 1,168 office workers in an attempt to define what they claimed were the most important factors in making decisions about where they would ideally like to work. ‘Location, location, location’ figured highly in the responses, influencing the decisions of two thirds (67 percent) of employees,  although nearly three-quarters (73 percent) of younger staff members in the 18-34 Gen Y age group saw location as a major influencer.

Younger workers are also more interested in their surroundings according to the report with just under a half (43 percent) of 18-24 year olds preferring a ‘non-traditional’ office fit-out. Respondents also believe that a bespoke, ‘funky’ fit-out could offer the greatest productivity gains with 60percent  of those working in a non-traditional fit-out saying that it improved their productivity.

Predictably, respondents from the media and creative sectors showed the greatest preference for bespoke fit-outs (72 percent), but even those from traditional business sectors are also receptive to this (56%). Perhaps surprisingly a smaller number (51 percent) of technology/telecommunication respondents noted a preference for a less traditional design – suggesting the requirements and preferences of the TMT sector are too varied to be grouped together.

Despite the emergence of new technology and working practices, the top three features of an ideal workplace remain steadfastly conventional – with comfort, temperature and lighting ranked as the most important, suggesting how important it is to get the basics right before you specify the pool table.

Those basics include access to fast Wi-Fi. Older workers rated good Wi-Fi access more highly than their younger colleagues. Almost half (45 percent) of over 55-year-olds rated it as very important in their ideal workplace, compared to just 36 percent of 18-24 year-olds.

BCO chief executive Richard Kauntze said: “It is becoming increasingly apparent that the needs of office workers, after years of uniformity, are ever more diverse. The advent of new technology and more innovative approaches to workplace design, along with the growing age range of office workers, are likely to accelerate this trend.”

Marie Hickey, associate director at Savills, said: “TMT organisations have raised the expectations of employers with Google-style fit-outs linked to higher productivity levels. But what’s really key is getting the basics right. You don’t necessarily need to ‘wow’ staff or prospective occupiers. Space, comfort, good lighting, kitchen facilities and Wi-Fi will have huge value and won’t necessarily break the bank.”