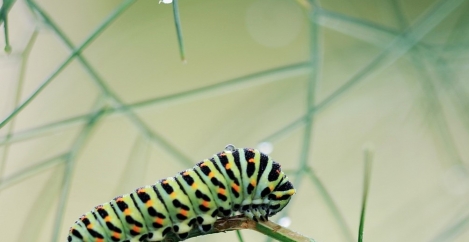 Who’s driving this bus, anyway? A critical review of Leading People in Change by Jennifer Bryan 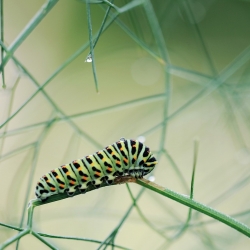 Writing about change isn’t easy, but too many people try it. I tried it with Elemental Change (LID, 2020). Jennifer Bryan succeeded where I didn’t, and managed a short book about change. Her book Leading People in Change also succeeds where I didn’t by focussing on one aspect of change, leadership. So far so good, despite my initial uncomfortable reaction to the title suspecting it might be a handbook for ensuring people did what we wanted them to do, regardless. Fortunately, not so.

It’s a confident and assured read throughout. Essentially the book proposes a simple critical path in what Jennifer calls the ABChange model (everyone has a model of change, it comes with the territory): understand the style of change, select the mode of leadership that will best apply, and ensure that the essential characteristics of that leadership style are known and available in competent abundance. The accompanying stark warning: misunderstand the type of change and adopt the wrong leadership style and it will fail. A choice not unlike that of the most suitable fire extinguisher for the blaze ahead.

“There go the people. I must follow them, for I am their leader”…
Alexandre Auguste Ledru-Rollin

In doing so it neatly assembles three pieces of existing work. Starting in the middle of our critical path, with Daniel Goleman’s six styles of leadership (2002): coercive, authoritative, affiliative, democratic, pacesetting and coaching.

Working back toward the original task, determining the type of change, the six leadership styles are reverse-engineered into an adaptation and enhancement of the four change situations proposed by Dunphy and Stace (1993): fine tuning, incremental adjustment, modular transformation and corporate transformation. We get transformation (inevitably), improvement, healing, alignment, acceleration and crisis (my one-word terms).

The two half-dozens neatly pair off: transformation (change type) with visionary (leadership style), improvement with coaching, healing with affiliative, alignment with democratic, acceleration with pacesetting, and not to be left behind at the tea dance, crisis with coercive. Moving the other way, the leadership styles prompt the necessity for particular skills and characteristics drawn from the work of Rosabeth Moss Kanter (1989), amongst others.

If I apply the model correctly (and there’s a dire warning of the consequences of not doing so): I know what I’m faced with, I know who I need and I know what they need. Compelling and smart as the proposition is, it’s not described quite in this way, diluting the potency of the argument. The critical Table 1 that drops the almighty penny takes 53 pages to appear and when it does, needs refinement. Some skills listed such as building trust are vital to all leadership, even as the platform burns and there’s no time to whiteboard it. It would have been helpful to have defined a core set and then applied specific additions to each style from there.

What’s in, and what’s out

The difficulty with creating a short book is knowing what to leave in and what to leave out. There are plenty of kitchen-sinkers out there, causing structural issues at the warehouse, that have avoided this problem. We’ll start with what’s in that could have made some space for what’s not. The inclusion in a couple of places of the Kübler Ross grieving curve, which while valid (albeit robustly challenged) in its original field, in my view has absolutely no place in change thinking or practice. Many change books include it almost out of deference, but the only reason to do so should be to despatch it.

The history of leadership in Chapter 4 doesn’t add anything and is covered in so many other places, it’s simply not needed. And much of the academic referencing, particularly earlier in the book, is off-putting in a text that promises to be accessible and practical.

Then to what’s missing. If the central proposition is the critical identification of the type of change with which we are faced, we might have been offered some tools to aid this evaluation. The book rather assumes it’s going to unambiguously make itself known, which is doubtful.

It also assumes that each type of change is discreet. We might, however, conceive of a change that embodies them all: a radical new workplace (transformation) with underlying process and service improvements created with input from all future occupants (alignment) to heal rifts between silos and deliver an environment for breakthrough innovation (acceleration) to arrest a significant loss of market share (crisis). It’s not as far-fetched a proposition as the license used here might suggest. Help with what to do with multiple change types would be welcome.

There’s no distinction between management and leadership, or alternatively an explanation of why Jennifer feels they might be used interchangeably. The relationship between sponsorship and leadership is barely touched upon. We might have heard where one ends and the other begins, and what we might do when one oversteps the other. An analysis of how change might begin in the centre and move outward, or from below and permeate upward – where leaders follow, galvanise and influence, rather than lead. Change is unbelievably messy, almost never linear, and leaders can emerge rather than be appointed.

The chapter on resistance might have been further developed. The excellent point is made that we’re not just leading the professional person but the whole person, yet then addresses the resistance exhibited by a professional person. It omits several motivations for it such as: malice, a belief in a better way of doing things (either rightly or stubbornly), group interest rather than that of just the individual, even a disappointment that the proposed change doesn’t go far enough. I’d like to have seen a situation/response model, something a little more practical to which to refer.

Finally, there’s no guide to how the model might flex with the iterative nature of change through time, the emergence of new information and the very circumstances the change alters. While it’s rare that a change situation is clear cut from start to finish, it’s even more rare that it finishes as the same type of change as it started – an observation beautifully illustrated in the seminal white paper Three Journeys by Shawn Callahan and David Drake.

The useful scenarios toward the end of the book are therefore perhaps too clean in this respect. One challenge, one response. And in 18 situations, everything worked out: no pitfalls, problems, goofs, bad luck, other than those that pre-existed the application of the model. We might struggle with that.

Wanting to hear more in a book is only to its credit. Jennifer’s voice is clear throughout, possessing the same assurance with which she speaks about the subject. Leading People in Change can be read at a healthy canter. It lands a robust, practical and actionable central idea based on credible academic work and professional experience. Perhaps paradoxically, with more structure and practical tools it could have been an even shorter, more powerful and more readily actionable contribution to an extensive field. That said, it stands up for itself in robust fashion. If you’re leading change, however well prepared you may consider yourself to be, you’d be well advised to read it.

Getting back to the future of work Commercial property sector should embrace circular economy, say BCO