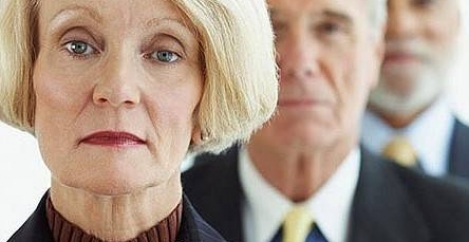 Women over 55 most likely to be business strategists, finds report

A new report claims that only 8 percent of senior managers currently have ‘Strategist’ leadership capabilities and have the attributes and mind sets to lead transformational change and solve their most difficult problems. This is because employers don’t identify and empower their leaders with the right capabilities and attributes, says the report published by PwC’s Consulting practice. According to “The hidden talent: Ten ways to identify and retain transformational leaders,” the work of strategists is underpinned by inquiry-based experimentation. They see both the vision and detail, employ positive language and exercise power courageously. They understand the complexity of the environment in which they’re working and are able to employ passionate detachment. The report claims that the largest proportion of ‘Strategist’ leaders, are women over 55.

Professor Bill Torrbert who designed the first diagnostic tools to deal with the dearth of strategic leadership in business, explains that the ‘Achiever-logic’ common to successful operations managers also promotes an associated disinterest in reflective practice or diversity of views. Strategist leaders, meanwhile, are likely to have wider experience of settings, people, and also of failure. This engenders a humility of perspective and resilience, so that they know what to do when things don’t work.

Because strategists are often shaped by different experiences to their peers – they see the world differently to conventional leaders. As a result, they have developed a particular type of ‘action logic’ or leadership style that enables them to lead organisations through the most complex transformations.

Mark Dawson, PwC partner in People & Change, said: ‘Industries including retail, banking and healthcare have wicked problems knocking on their doors right now. How successfully they deal with these will largely depend on how well they can harness and retain Strategist leadership talent within their ranks.’

David Rooke, Director, Harthill, said: “It’s striking that despite the rhetoric of transformation in recent years, our organisations are still failing to create the kind of leaders who can lead in this way.

“The good news is that the overall trend in leadership development is heading in the right direction. The bad news is that our institutions are still not places that cultivate the kinds of leaders that will deliver the transformations they all say they now need: Strategists.”