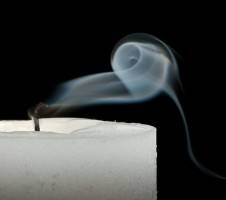 Over two thirds of UK professionals (69 percent) are required to work outside of their regular office hours more than they were five years ago, according to a recent research from serviced office provider Regus. The survey canvassed the opinions of over 3,000 business people in the UK on their attitudes and approaches to work. A similar proportion of workers (72 percent) say that fixed hours are no longer suited to their duties; perhaps offering some explanation as to why so much extra time is spent at the office. Three quarters (76 percent) of respondents also reported a rise in remote workers, further suggesting that the concept of 9-5 day in the office is outdated. An earlier report from Regus, published in January found that the past five years have also seen a growing concern that workers face burnout.

Half of the 3,000 employees studied (48 percent) said they are closer to burning out than they were just five years ago. The top triggers of workplace stress are lack of exercise, feeling understaffed and job insecurity. Having the freedom to occasionally work away from the main office was seen as a key factor in achieving a good work-life balance; two thirds (66 percent) of respondents believe workers that have this flexibility are happier. The experiences of those lucky enough to be able to work flexibly further support this. Three in five (62 percent) say they are more content now that they work outside the main office some of the time.

Richard Morris, UK CEO, Regus said “These findings clearly show that UK working practices continue to evolve. The fact that so many UK workers finding that ‘regular’ hours no longer suit their roles, should prompt companies to embrace flexible working practices. Our customers frequently say that implementing flexible working has a strong impact on the productivity and well-being of employees. Many companies still make the mistake of associating flexible working solely with home working, however, dedicated workspaces offer the flexibility to work wherever and whenever it suits them.”

Over a million older people struggle to find employment This isn’t a golden era for small business; it’s more interesting than that