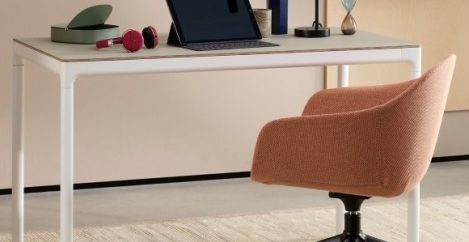 Working from home: how far we’ve come and where we might be headed 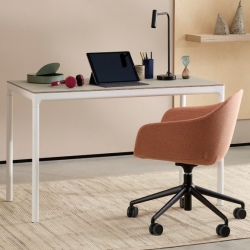 We’ve all learnt a great deal about working from home over the past eighteen months. We’ve seen how for some, it can be incredibly beneficial to employees, enabling them to better balance their work and personal lives and can also benefit the company, enabling business as usual during the Covid-19 pandemic, even improving efficiency. It’s also prompted some important conversations about mental health that simply hadn’t been had, normalising the challenges that we all face, especially during lockdowns.

But we shouldn’t just assume that homeworking is right for everybody all of the time or that it’s here to stay forever. Such was the demand for advice from our clients about the issue that we produced a home working guide, covering everything from ensuring the physical environment at home is both comfortable and compliant in health and safety terms to talking about mental wellbeing. All of this  can be used to achieve the best outcomes for the employee, the company, its clients and other stakeholders.

You only need to look at examples from around the world to see that we’re still in the process of figuring out what works on a case by case basis. The BBC reported last summer that following a ruling in 2019 that employers must cover a proportion of remote workers’ rent, setting a precedent for workers’ rights. In the landmark case, the Federal Supreme Court ruled that a part time employee was entitled to reimbursement if they were required to work from home, even if they didn’t necessarily have to rent a bigger apartment or be landed with additional costs.

The point was that the employee in this instance was entitled to a sum of CHF150 or £127 because of what the employer would save in office rent. The comparison was made with a personal vehicle that is used for business purposes. The reimbursement is meant to be proportional to salary, though interestingly at the time, the consensus was that the ruling didn’t apply during the pandemic because employers still had their office space.

If Swiss employers go down the real estate route of many corporates around the world and reduce the space they require, it will be interesting to see the ramifications of this in light of the 2019 ruling and it might have implications too for the type of accommodation people choose with perhaps an extra bedroom being seen as a potential home office set up.

The shape of things to come

The situation at Google in the US couldn’t be more different in terms of remuneration. Employees at the tech giant who choose working from home on a permanent basis could see a reduction in their pay-packets according to recent reports. Google isn’t the only one to experiment with weighting of salaries depending on whether employees work remotely or come into the office, with higher salaries offered for the latter in a bid to encourage returning to the workplace.

Facebook, Microsoft and Twitter are all looking into employee pay structures of this kind. That situation hasn’t been replicated in the UK because of differences in employment law.

The office hasn’t moved but some of its occupants have

The finance sector in certain quarters has been bullish about getting staff back to the office from an executive at Goldman Sachs saying earlier this year that he believed home working was not, in fact, the ‘new normal’ but ‘an aberration’. And the work drinks in the bars of the Square Mile in the summer sunshine at the end of the week are an anecdotal testament to the fact that some are taking their employers’ offer to come back to the office. Even if, in the case of Goldman Sachs, it has taken free meals and ice cream.

The fact of the matter is that the office hasn’t moved but some of its occupants have. At least for now. How long employers will embrace a situation where employees don’t want to come to the office but also don’t want their career prospects to be affected remains to be seen.

Above all, while we wait and see what the long term future holds, we hope what will emerge is a human-centred approach, with honesty and transparency from both sides about how things are going and, dovetailing that with a modern, progressive leadership.