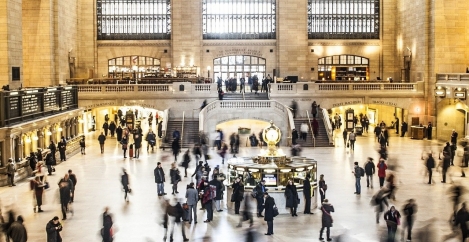 Growing health concerns and preference for hybrid work among US employees 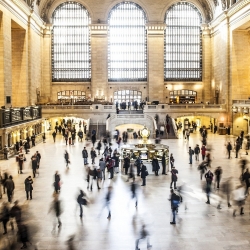 Envoy has released the results from its latest Return to Work report that gauges sentiment among 1,000 US employees who have returned to the workplace within the past year. As COVID-19 cases continue to rise, many companies are wrestling with the decision to postpone reopenings, even as scores of office workers are already back in the workplace.

The survey claims that for those who didn’t have a choice in their return (45 percent), the transition has been difficult, with 37 percent saying they are more stressed since returning. More than a third (35 percent) say they are more likely to want to leave their job compared to 18 percent of those who had a choice. Additionally, 51 percent of women compared to 40 percent of men feel they had no choice but to return.

However, given the option today, most professionals say they prefer to work from the office in some capacity. More than 70 percent say they would choose a hybrid work model, splitting work between in-office and home, while only 12 percent would prefer to work remote every day.

More than half of employees (55 percent) feel their stress levels haven’t changed since going back into the office, meanwhile, 27 percent report feeling more stressed and 18 percent say they feel less so. More than any other generation, Millennials believe their mental health is improved by being in the office (36 percent).

Gen Z (36 percent) and Millennials (35 percent) are less likely than their generational counterparts to leave their jobs since their return to the office.

With Delta’s surge, 43 percent of those working in an office say they are increasingly worried about exposure and transmission. Yet, 59 percent of employees feel their companies are adequately protecting them, though younger generations are more sceptical: only 38 percent of Gen Z believe their company is taking proper safety precautions.

The top four concerns for workers going into the office are exposure to COVID and its variants (46 percent); interaction with non-vaccinated co-workers (30 percent); commute time and costs (30 percent) and limited flexibility to do personal activities (29 percent).

“COVID isn’t going anywhere, people need to know that their health is the top priority”

60 percent would prefer vaccine mandates at work. Yet, only 51 percent work for companies that require vaccinations. The number of people who prefer vaccine mandates at work climbs even higher among the vaccinated to 70 percent, while only 25 percent of unvaccinated feel the same. The unvaccinated (47 percent) are no more worried about working in an office amid the Delta variant surge than before. Only 28 percent of their vaccinated counterparts agree.

Additionally, 54 percent of women are concerned about COVID exposure compared to 39 percent of men. Those who spend time in the workplace say they benefit most from being able to separate home from work life (46 percent), collaborate with co-workers in-person (44 percent), and see work friends (39 percent).

“One major takeaway from these data points is that companies that demand a return to pre-pandemic ‘business as usual’ will fail. We need to earn our employees back,” said Larry Gadea, CEO and founder of Envoy.

“COVID isn’t going anywhere, people need to know that their health is the top priority. And leaders need to ask the hard questions about what’s working and what’s not, and then begin experimenting with technology solutions that make the work experience better.”

Working from home: how far we’ve come and where we might be headed UK office design scene takes a fresh approach at the Clerkenwell Open